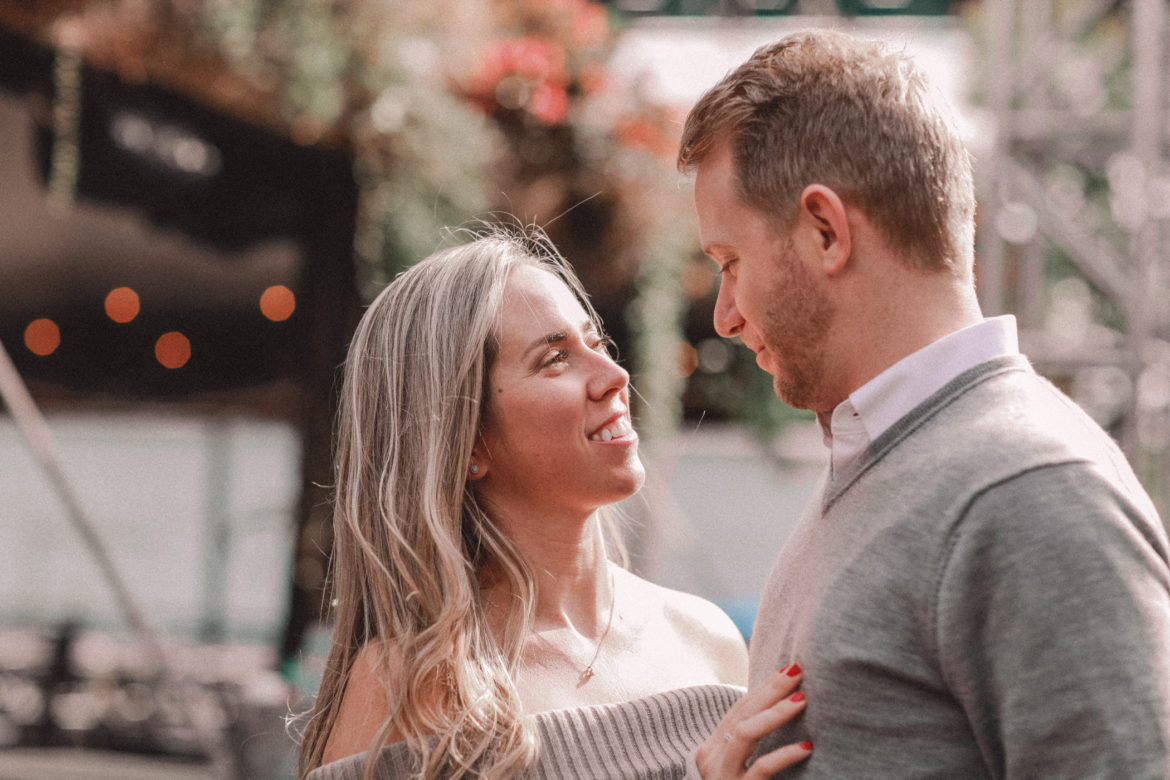 The BIG day for the Eagles (Philadelphia’s football team) was right around the corner and the city was buzzing with high anticipation for their Super Bowl 52 game. With all of that going on, Samantha had no inclination that Dan was getting ready to pop the question. They had made plans to meet his sister, Leah, out for drinks. But as they walked to Race Street Cafe, they got a phone call from her and apparently, she needed help with a flat tire (wink wink). Dan led the way past the bar, down 2nd street and wanted to cut down Elfreth’s Alley (the nations oldest street) to get to the car quicker. While Samantha, not knowing what was next to come, wanted to read the signs offering information about the street, Dan eagerly pulled her to keep on walking. But as they walked down, she noticed a person walking towards them who looked a lot like Leah. And as the question “Dan, is that your sister” was coming out of her mouth, Dan stopped, pulled her arm around and got down on one knee with the ring in his hand asking her to marry him. Of course, she said Yes! […]

From Washington DC to New York, it’s been an amazing experience capturing the quirky love story of Tayeesa and Andrew. They’ve gone from being distant acquaintances to dear friends and it warms my heart to know that if I ever need a roof over my head, they’ve always got a couch I could crash on. I could write a book about my experiences with them but I’ll let u read this little story by Tayeesa on how a carousel became so symbolic in their relationship. “It’s where we always went throughout our relationship! We went there in the very beginning, then somehow always ended up back at the carousel every time we were at the mall (which was a lot during our movie dates). Those moments became really precious and personal and we’d always chat about whatever was on our minds at the time. Every time we were back, our relationship had developed a little more as milestones passed in our relationship. There were even days that we loved how the carousel just pulled us away from the real world for a few seconds so we’d buy like 3 rides and just go on over and over until we got too […] 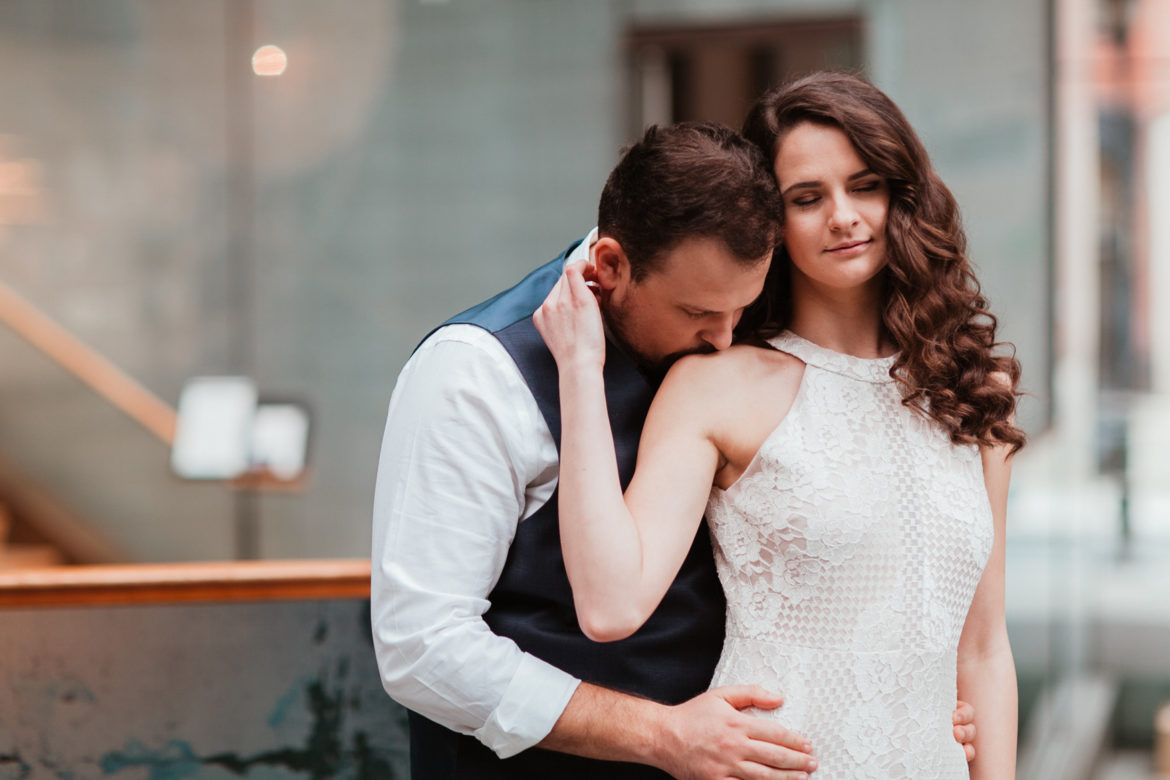 In the mood for Love | Ilona + Yuriy | Couple Shoot

As I sit here reminiscing about my friendship with Yuriy and Ilona, I can hardly find the words to express my thoughts towards them. Normally when your best friend gets married, you might as well start looking for a replacement but oddly I think since their wedding in October, my love for them has grown much deeper. Often times they invite me for home cooked dinner, movie nights and long night chats. I think I’m becoming such a regular visitor that even their bunny, Olive now knows my smell, and runs up to me whenever he’s let out to play. So this blog post is just a celebration of friendship. There are lots of really incredible people around us, and the more we recognize the best in others, the more our eyes are opened to see the gold in them. Thank you, Yuriy and Ilona for letting me document and photograph your love story. I’m looking forward to the many years ahead, the anniversaries, children birthday parties, graduations and all of such. Yuriy & IlonaBuffalo New York

My love for you | Nick+Nataliya 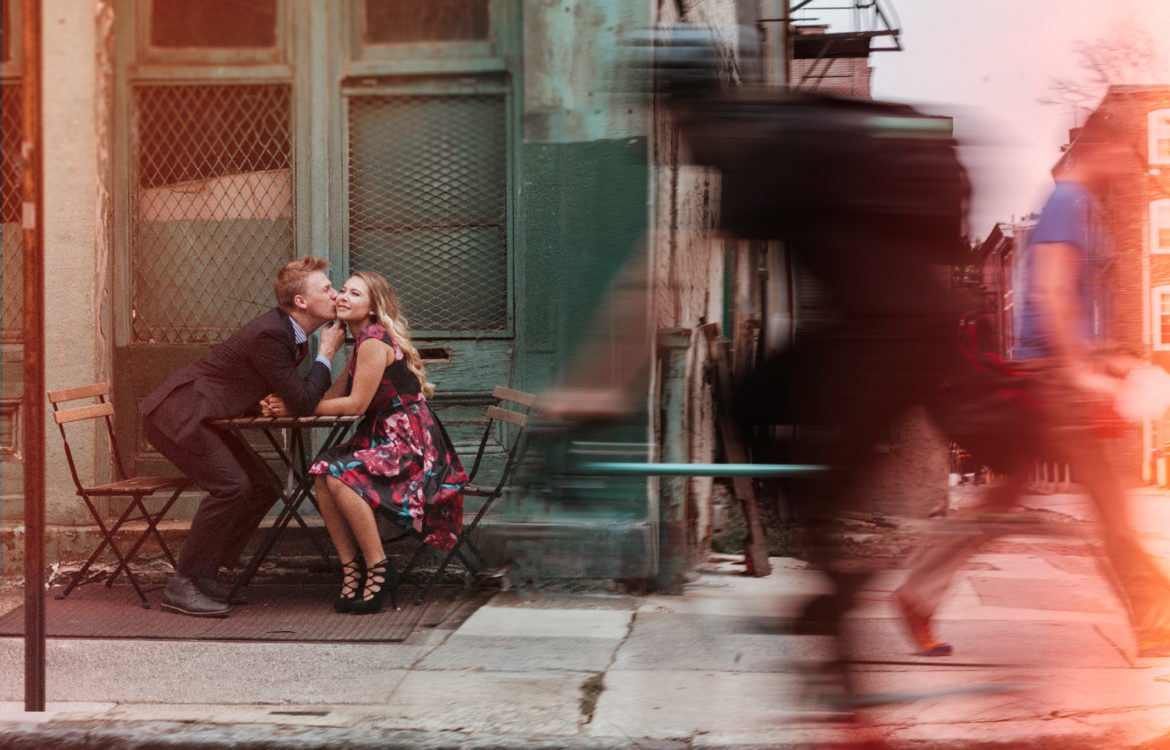 Busy streets with fast-paced cars and rushing pedestrians, everyone making haste to their next destination but suddenly, in a moment of time the storm is stilled, the love of two has caused a great calm. My morning was fogged with activities and to make matters worse I overslept, causing a chaotic pile of undone tasks. Prior to my photoshoot with Kate and Bryant, I’d made an action plan with sketches, image inspirations, and favorable locations. However, going into the session I wasn’t sure what to expect especially since the morning hadn’t quite unfolded as planned. We decided to start out our shoot next to a cafe called United by Blue in old city and it was then that the fog cleared up. A spontaneous joy and chemistry, so unique and desirable. And I think this is exactly what makes Kate and Bryant so different, two very spontaneous souls who relish every moment spent together. Carefree, childlike hearts and full of an unspeakable amount of joy. They’re never afraid to try new things or explore uncharted territory. Thank you for letting me into your world and I look forward […] 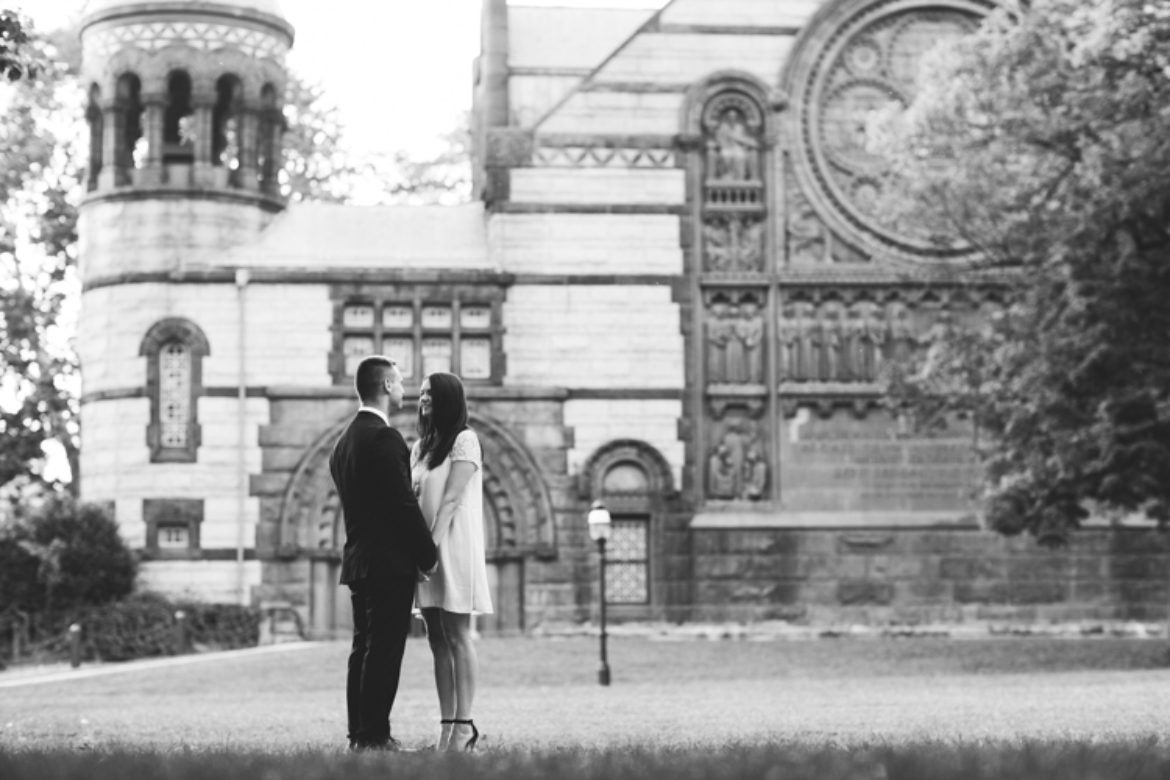 Time is a very beautiful thing. I remember a few years ago when Nataliya and I went on a photoshoot. We were co-workers and She was the only one crazy enough to let me take pictures of her. It was one of my first photoshoots with a human person and not only were my nerves eating me alive, I didn’t have a clue about what I was doing. But Nataliya as gracious as she was, kept talking me up. And through the years, she hasn’t stopped. Always encouraging me and saying things like “Bro, you’re my favorite photographer, when I have my wedding, you’ll take the photos”. Funny enough, it wasn’t a while till Nick showed up. You didn’t need to be a love guru to tell that she was in love, for every single time the name Nick was mentioned, she lit up like a Christmas tree. Thank you Nataliya for the bringing me lunch at work, thank you for covering up my mistakes and most importantly, thank you for being a great friend. Congratulations Nick and Nataliya, I can’t wait for your wedding. . . Nick & NataliyaPrinceton University

“A place is only as magical as the memories that take place there. That’s what Devil’s Hole at Niagara Falls is for us and it was only fitting that the place we hold so many memories in, would also be the place to document a turning point in our lives. There were times we were trapped in the rain, while the waters raged around us. On the sunny days we spent here, we sweat through the heat to get to the cooling waters. Through these sunny & rainy days spent at the gorge, I see a reflection of our relationship. We can’t control the weather, but we can change our response. And our response, both in our adventures at the gorge and in our lives, was to huddle closely in the stormy times and walk together with free reign when the days were bright.” – Ilona Belous   Ilona & YuriyNiagara Falls 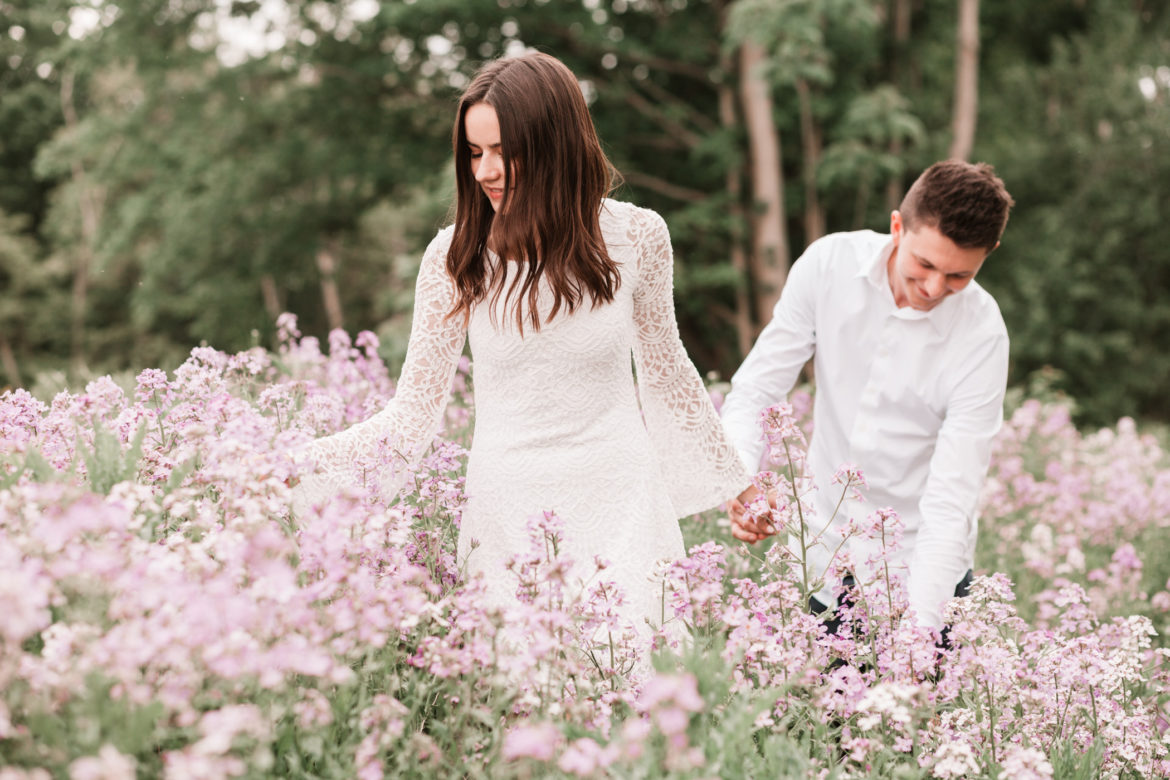