This was one of the most creative shoots I worked on in 2019 and interestingly enough I think now provides lots of inspiration for an intimate micro wedding. It was a dream to have this published in Modern Luxury weddings Magazine.
The whimsical 18th century garden of Hill-Physick caught the eye of the team at Garces Events, who partnered with Kate Boyle—event designer at Sara Rea Design. “I thought it would be perfect for two busy doctors who love the history, want something stunning but also a high-end intimate wedding. Our idea began there, and we built an amazing team to create a luxe shoot,” says Boyle. The four-story brick house, decorated with beautiful, French-influenced neoclassical furnishings, is reflective of the time period but also provides a stunning backdrop for modern couples—who can transition from a cocktail reception in the parlor to dinner in the garden through floor-to-ceiling windows (that also serve as doors). “The garden is a magical space that we believe is a hidden gem in Philadelphia,” says Boyle. Claudia Harmon, owner of Jollifier Floral Design, styled the space with intentional blooms such as herbs with medicinal properties like mountain mint and lavender and anatomical oddities like pitcher plants and blushing bride protea. “The backstory of two doctors in love was the primary inspiration when selecting the flowers,” says Harmon, who opted for muted blush tones, peaches and grays to reflect both drama (of a medical career) as well as play off the beautiful garden. “The effect is subtle and pulls you in with the topography of different textures and shades.”
-Excerpt from the Magazine 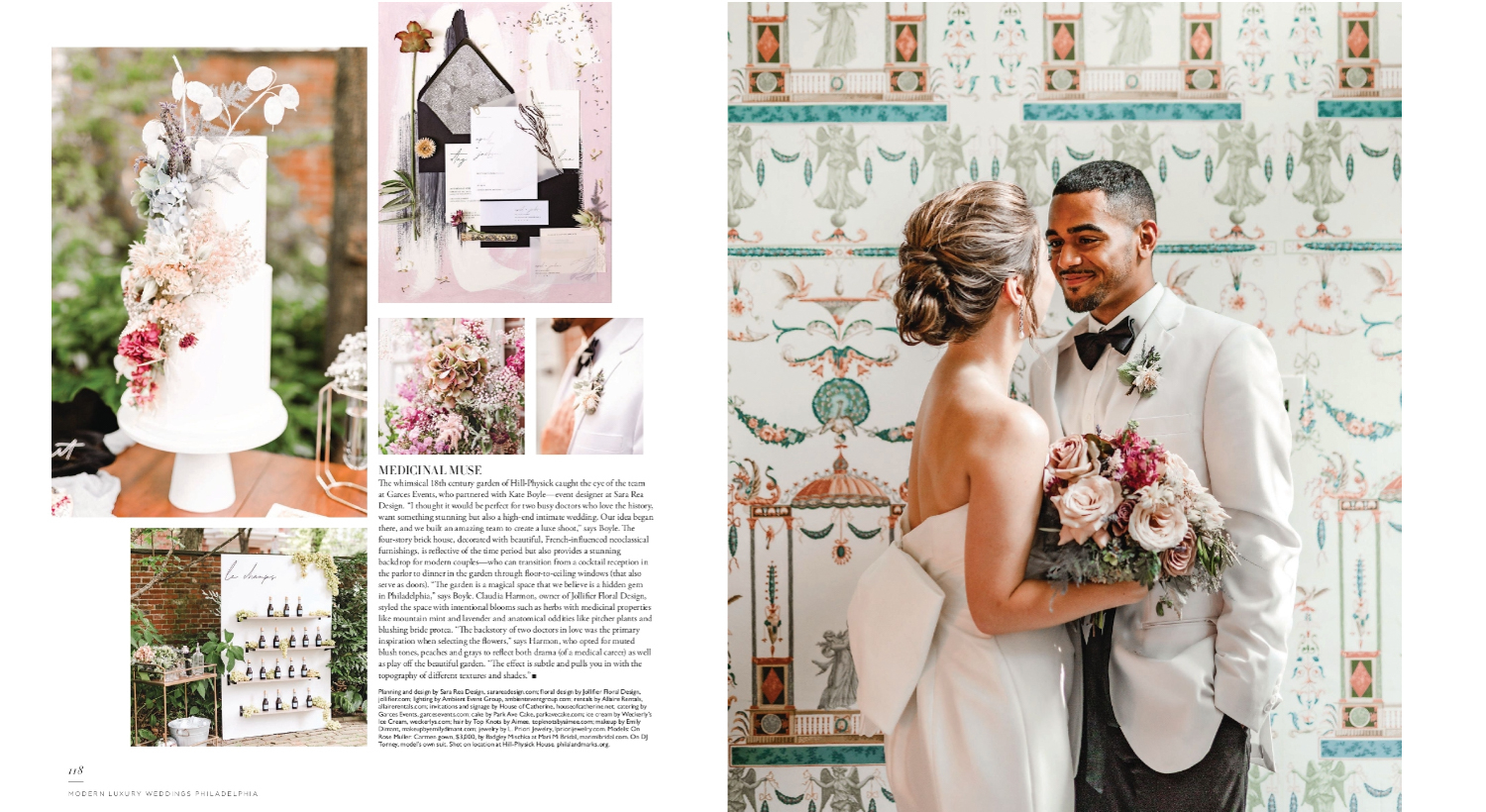 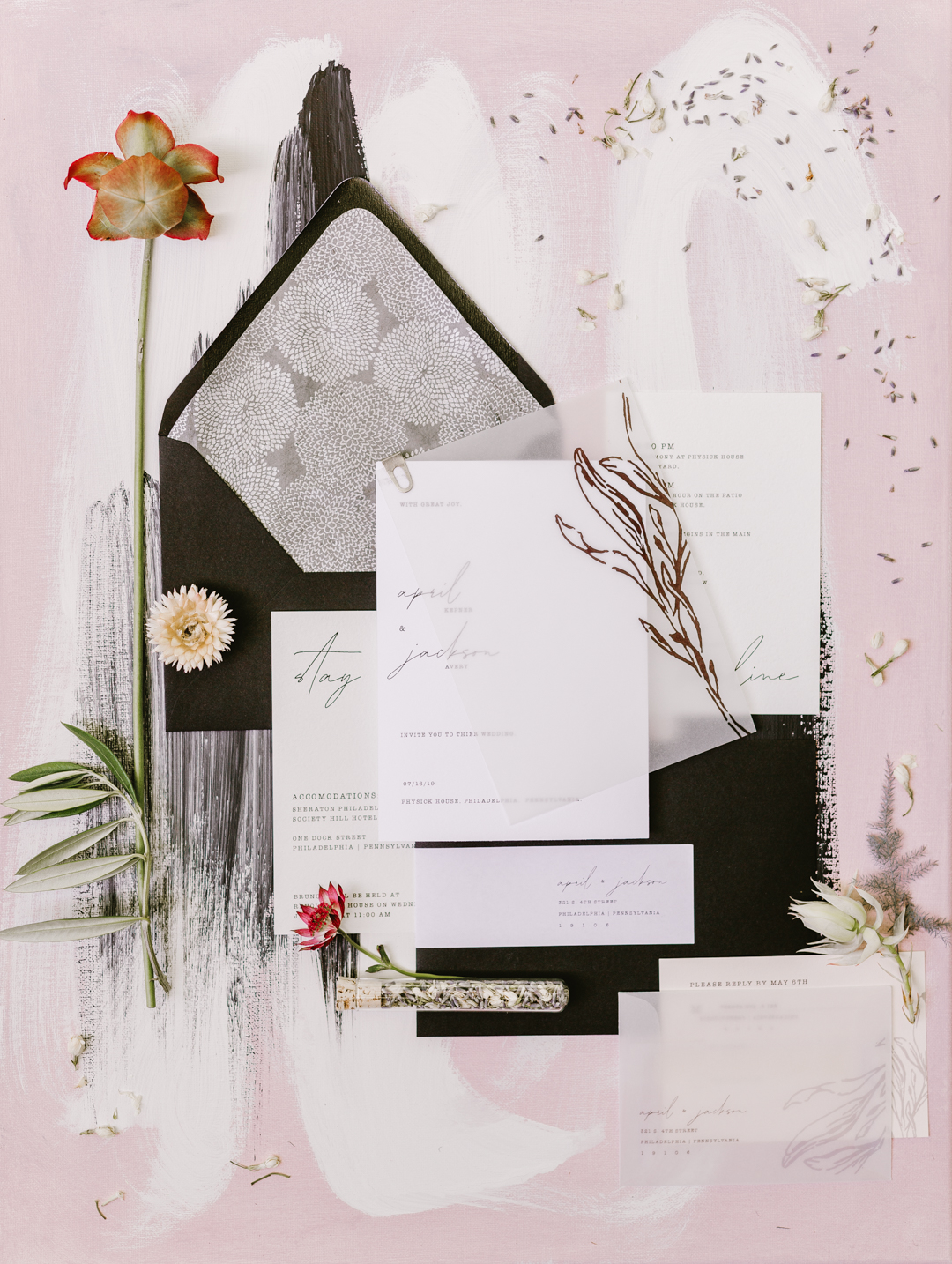 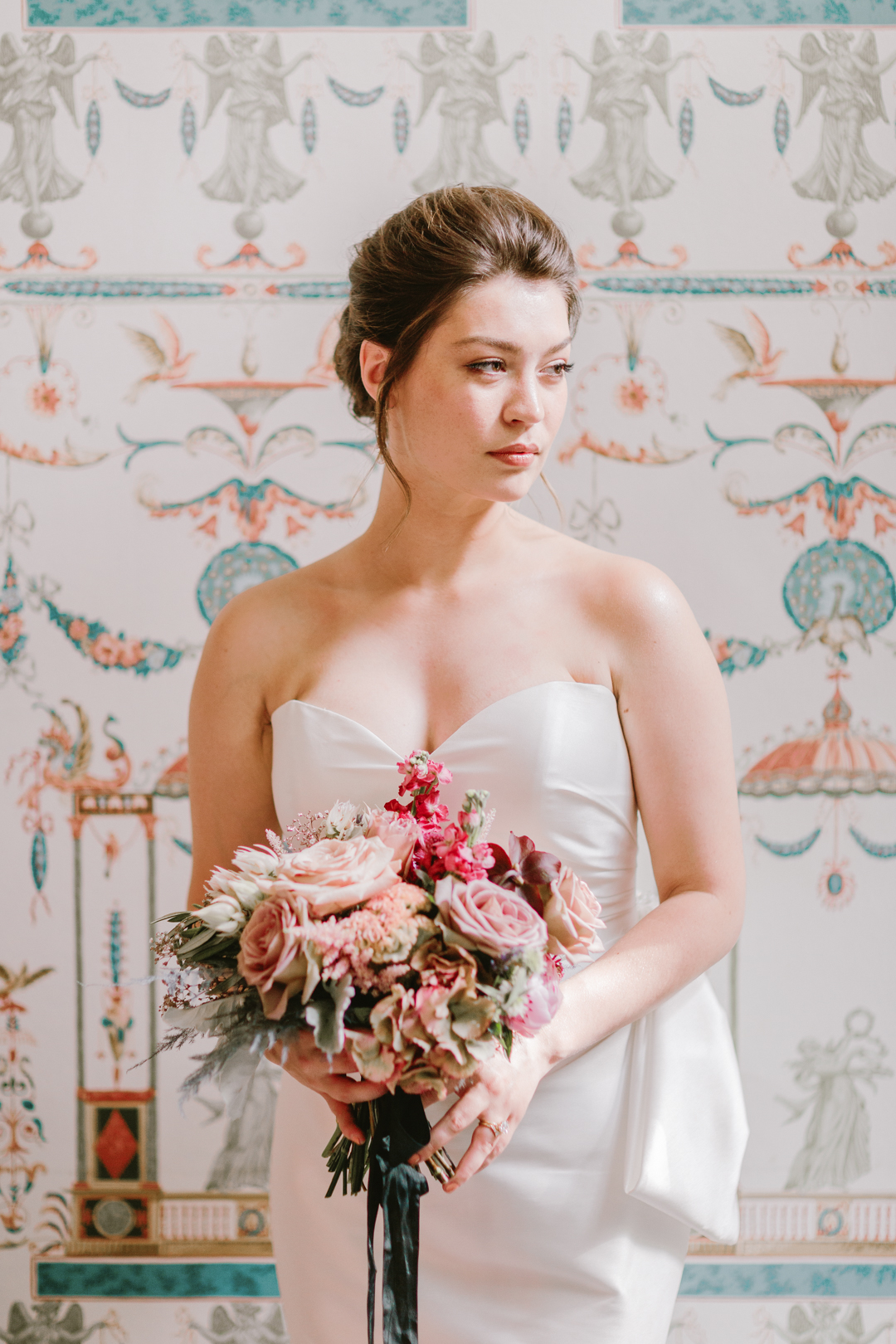 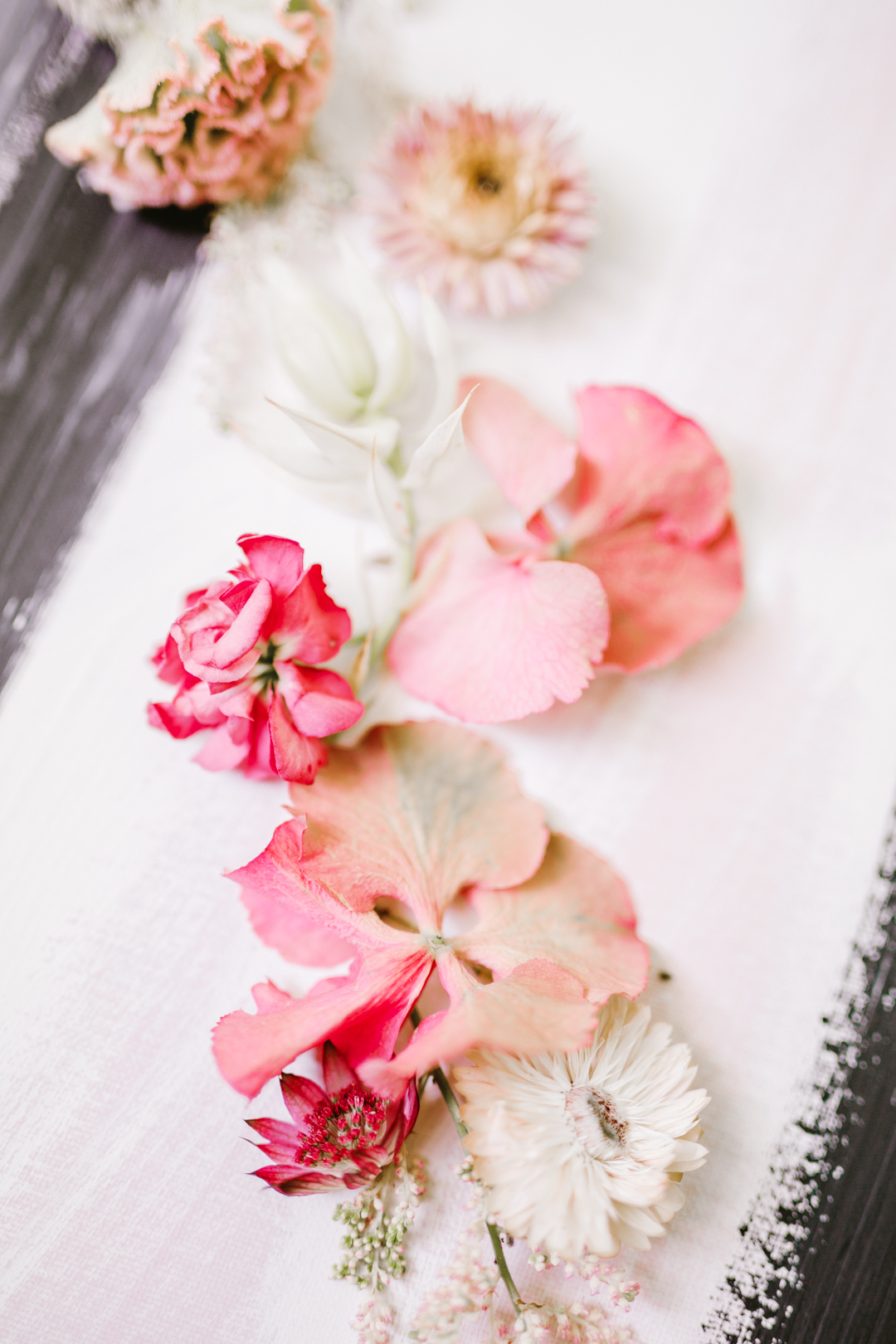 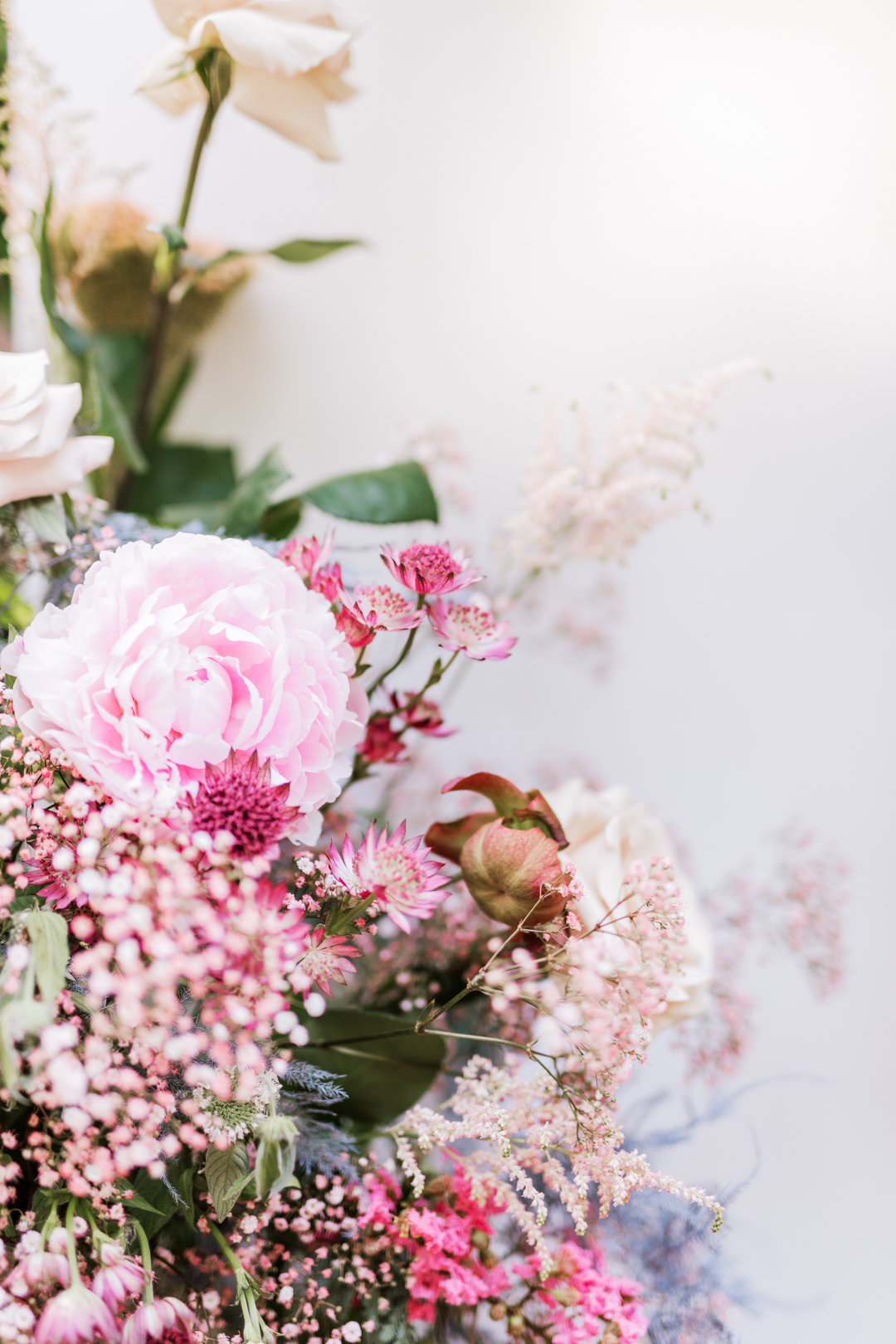 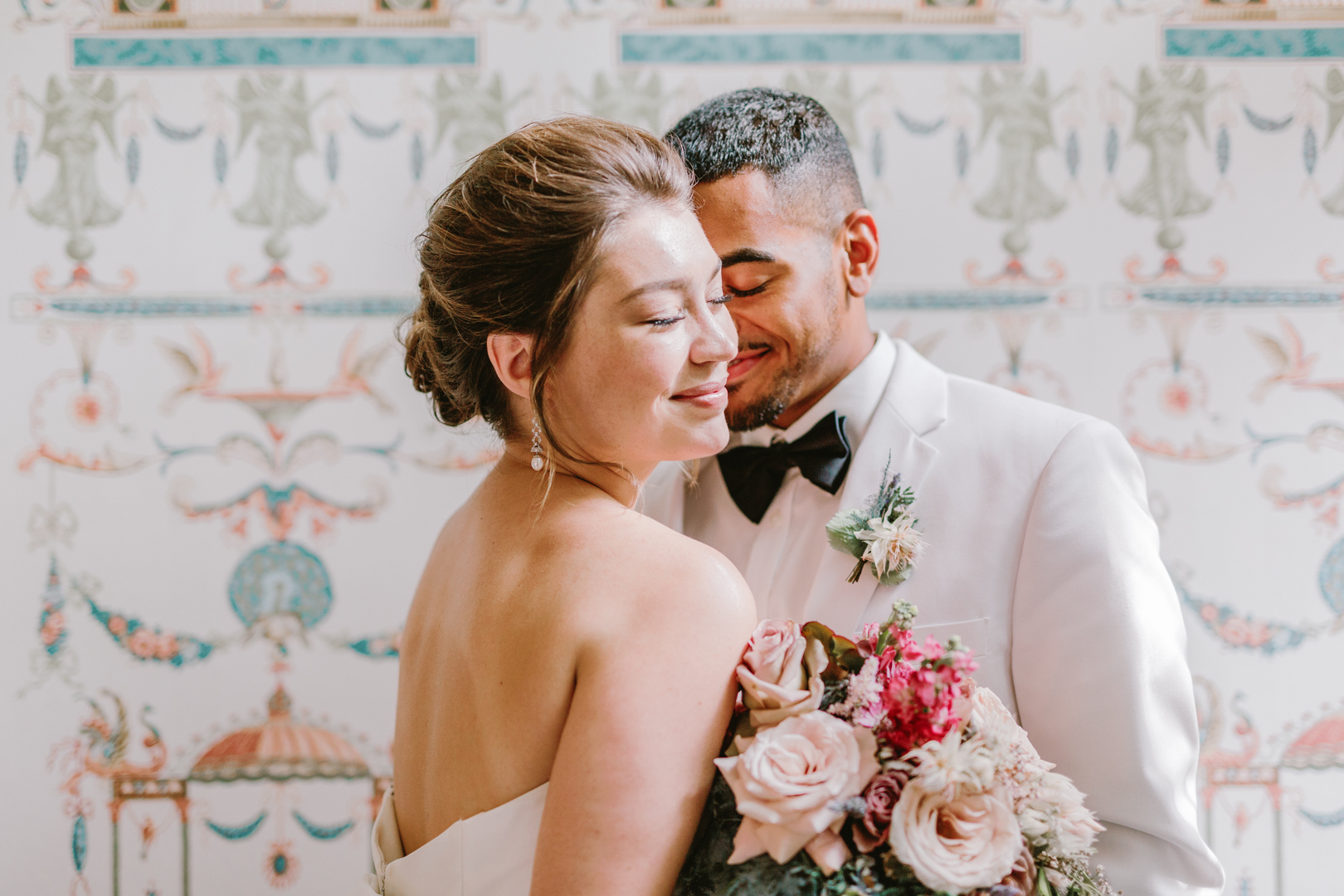 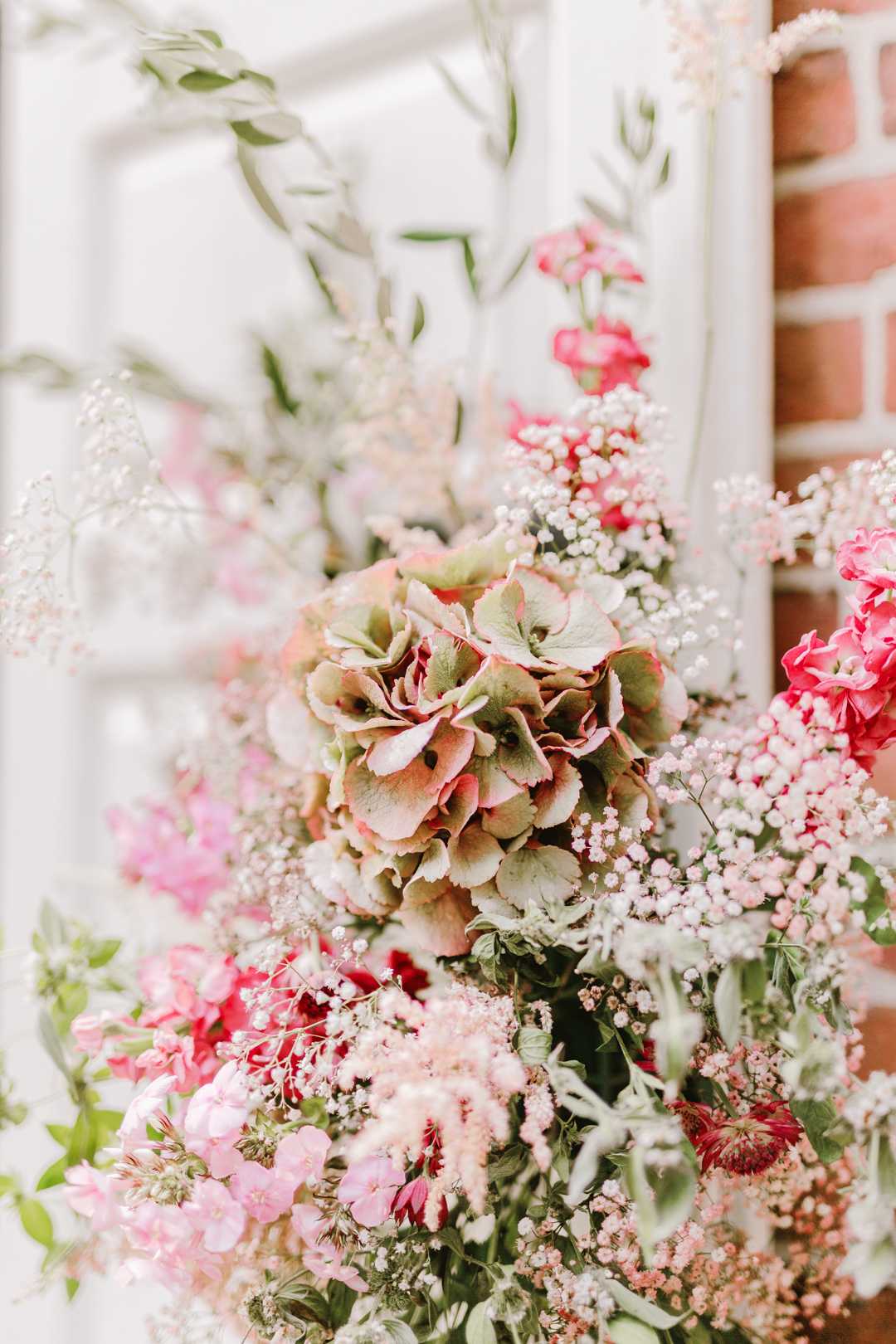 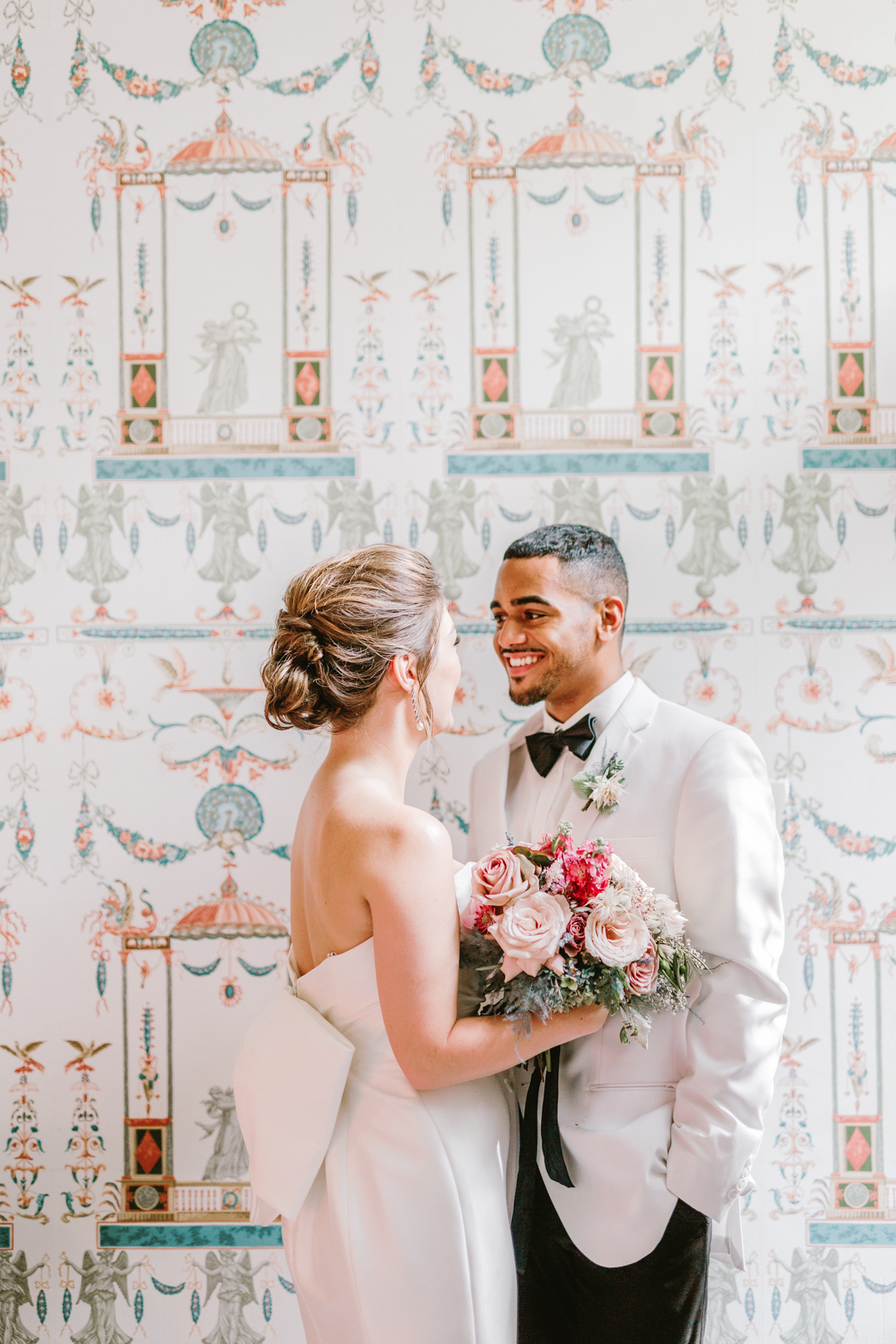 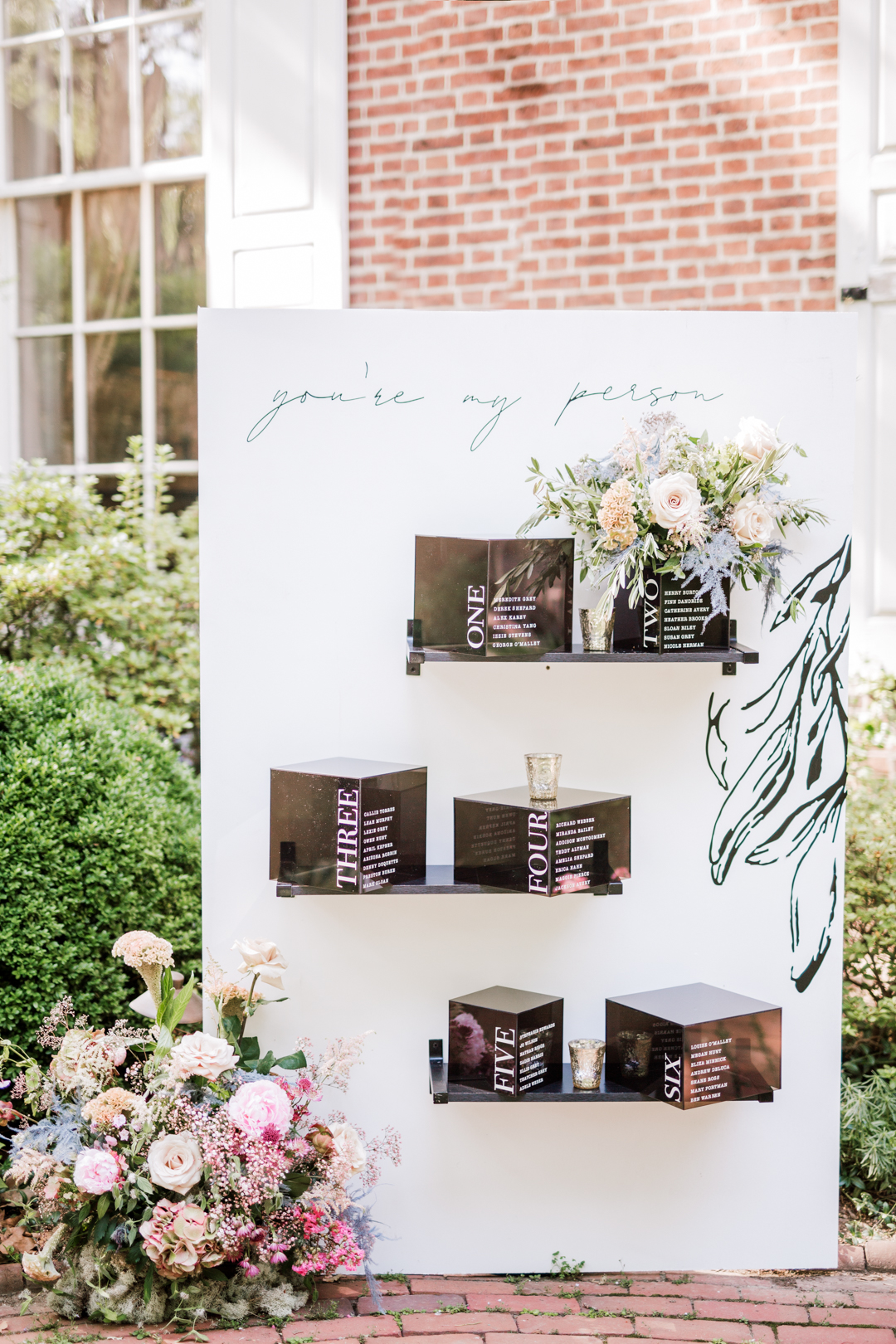 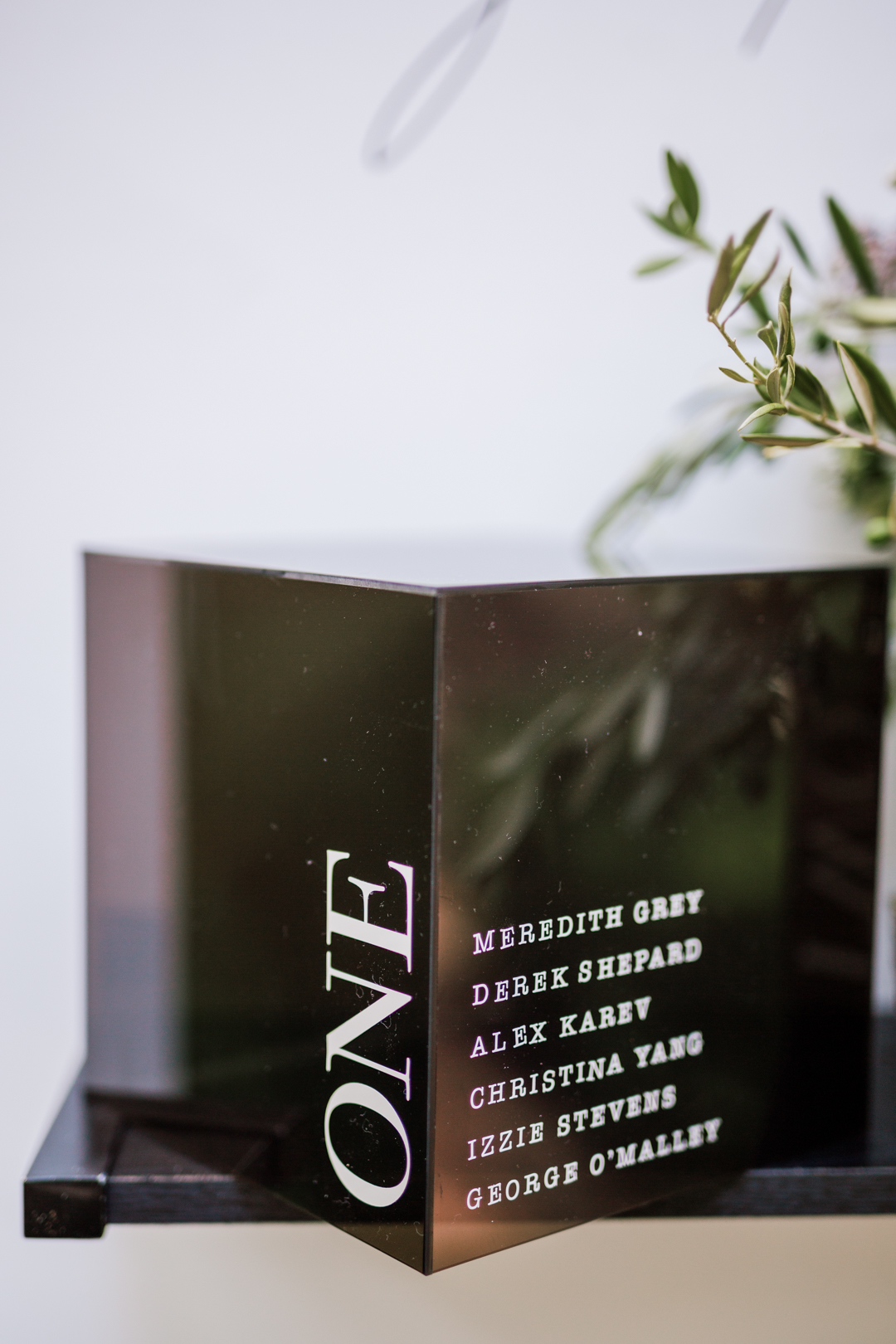 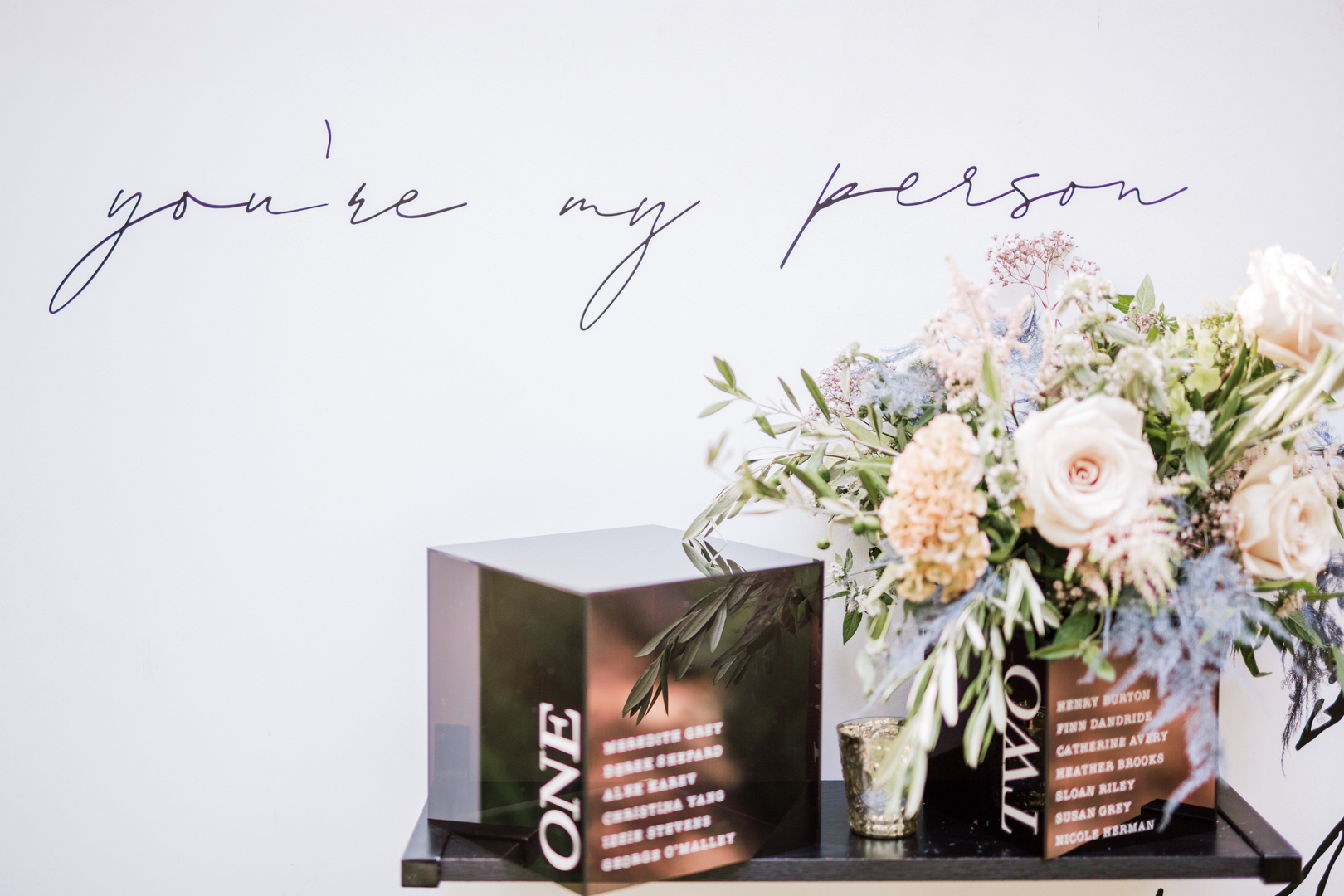 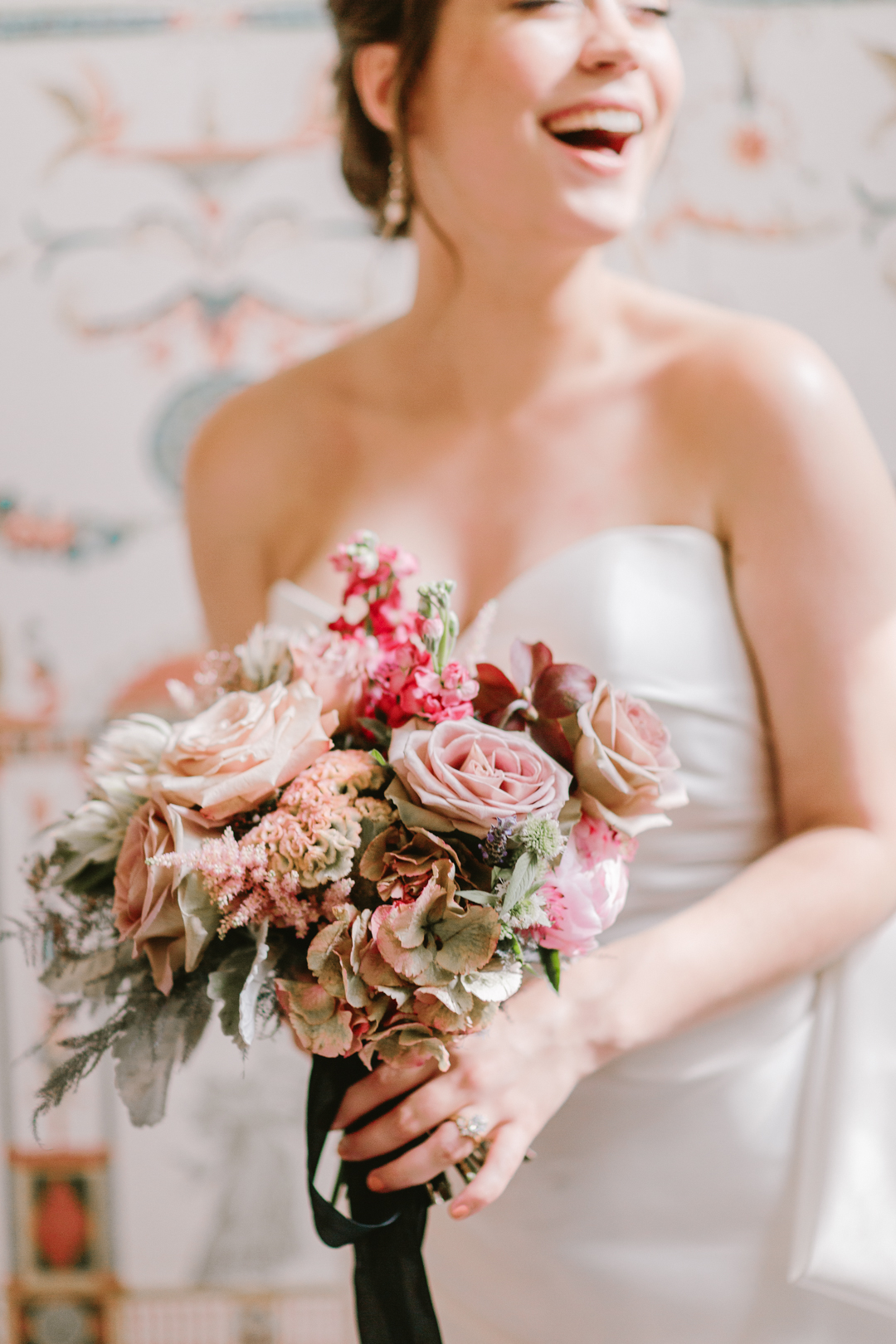 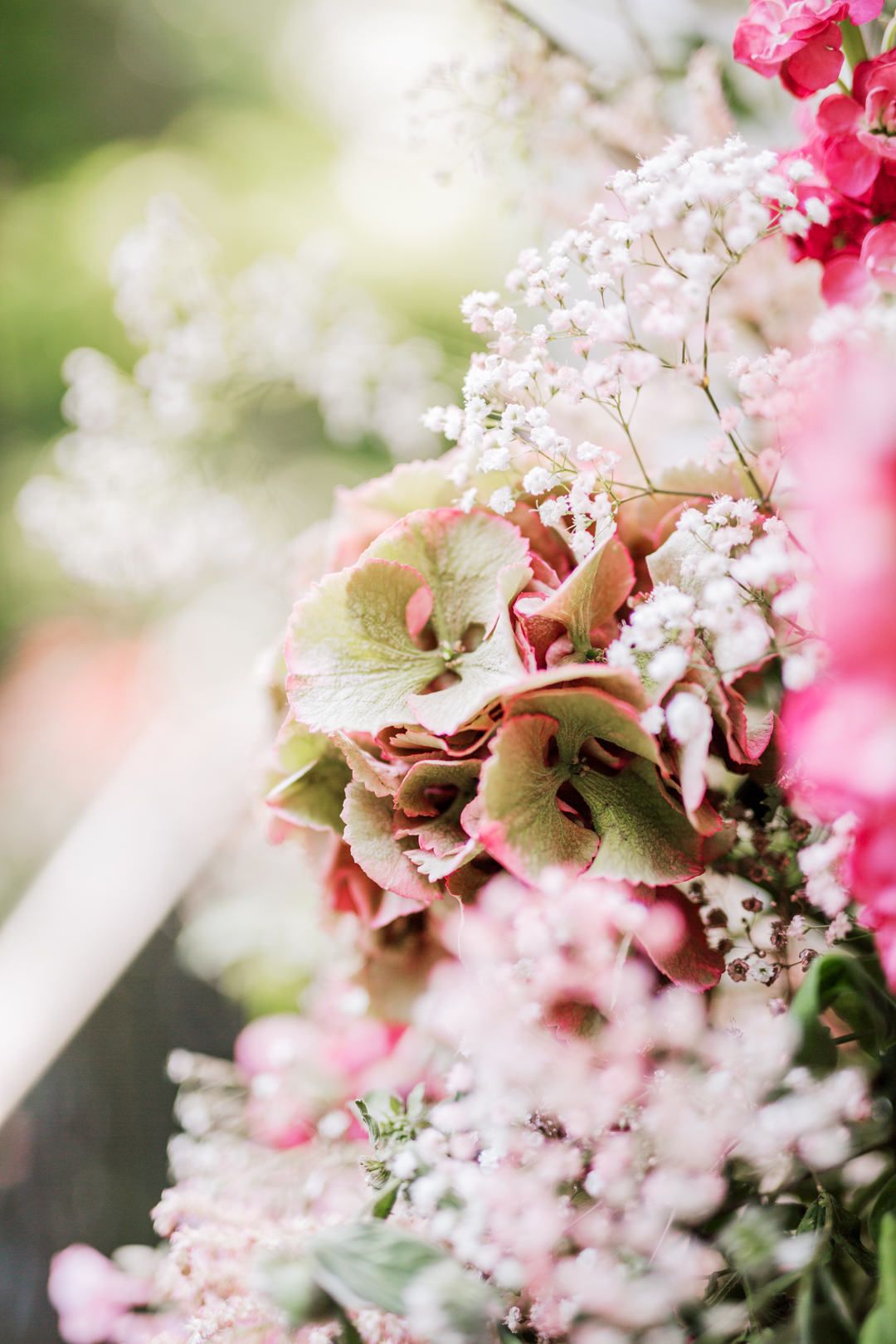 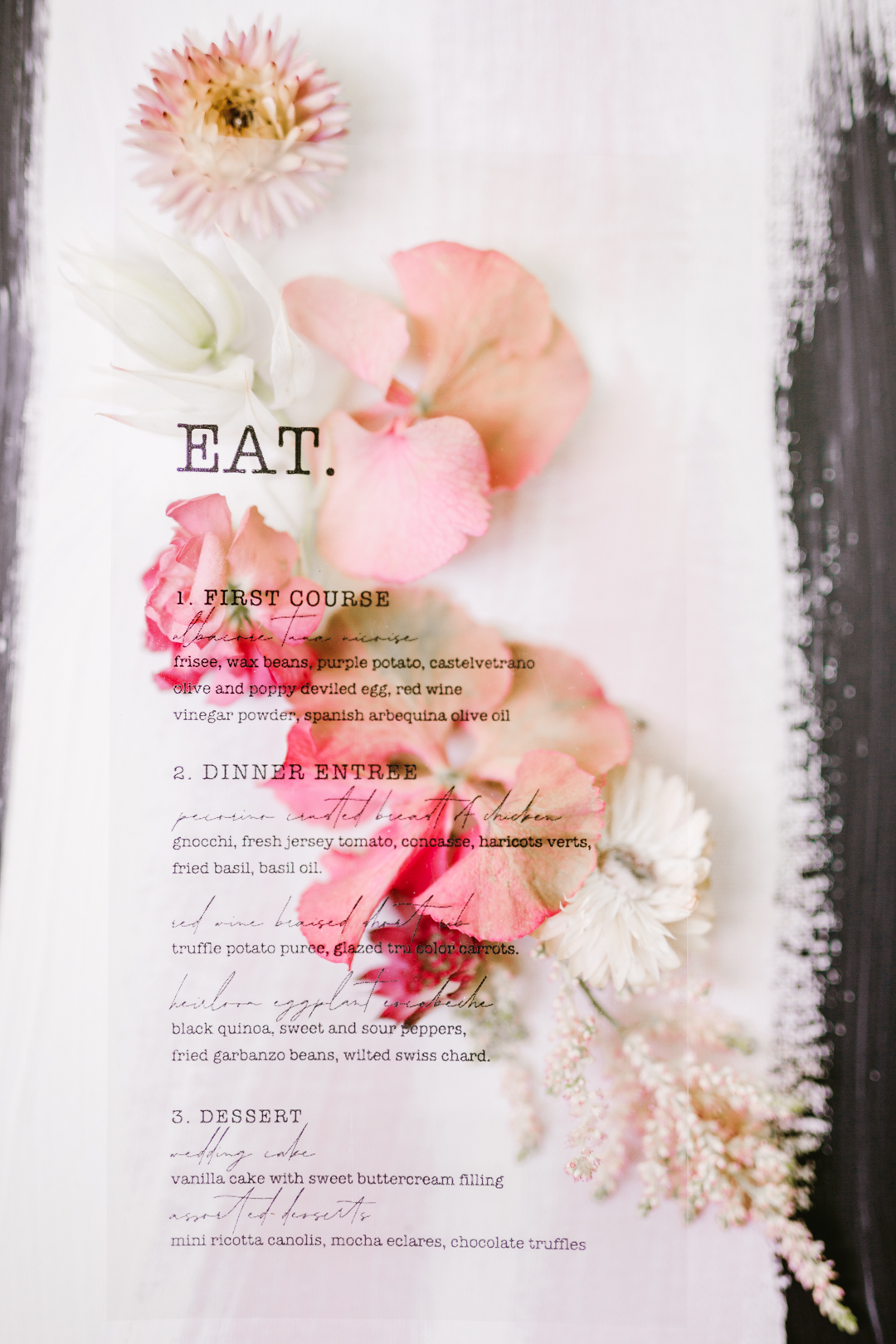 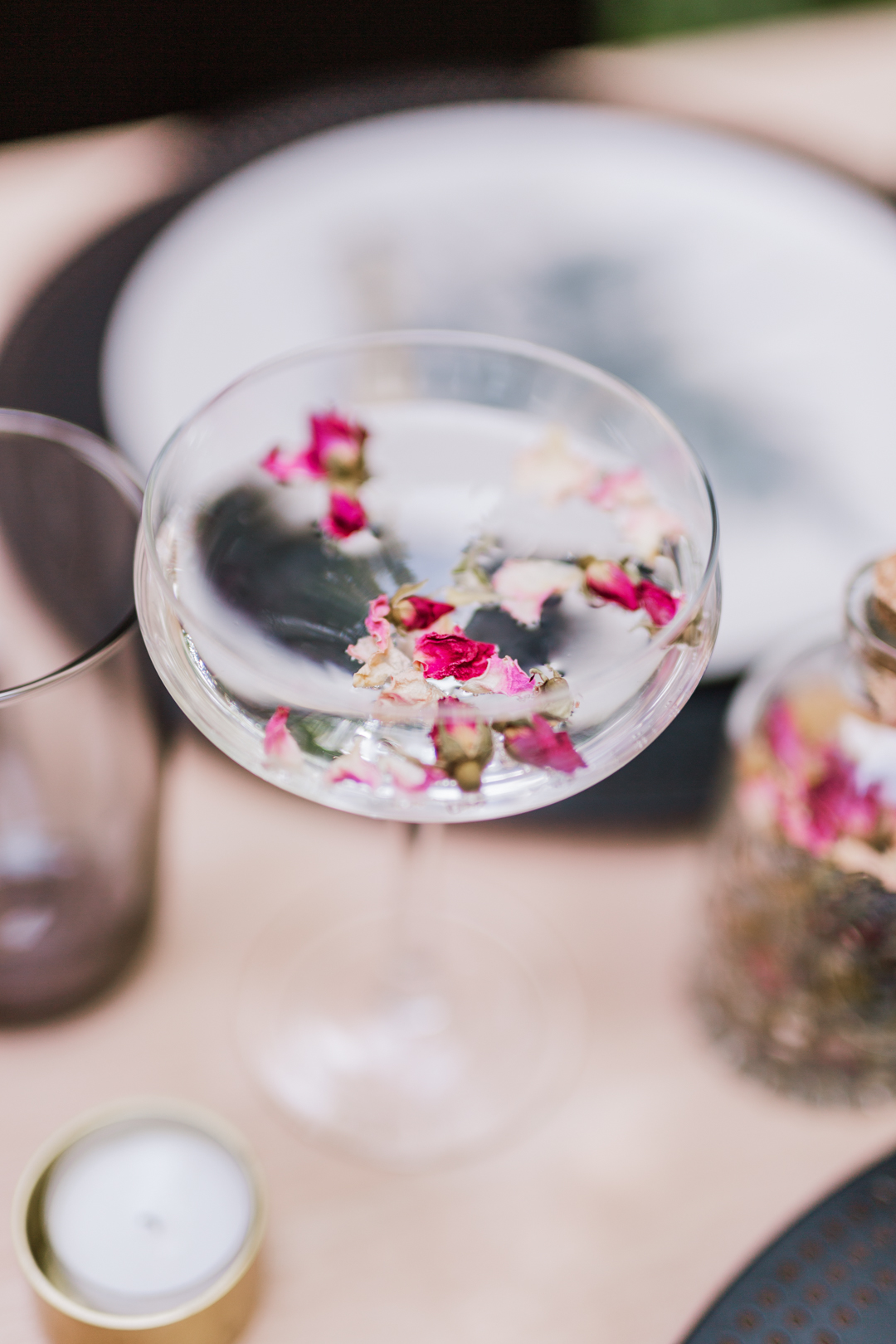 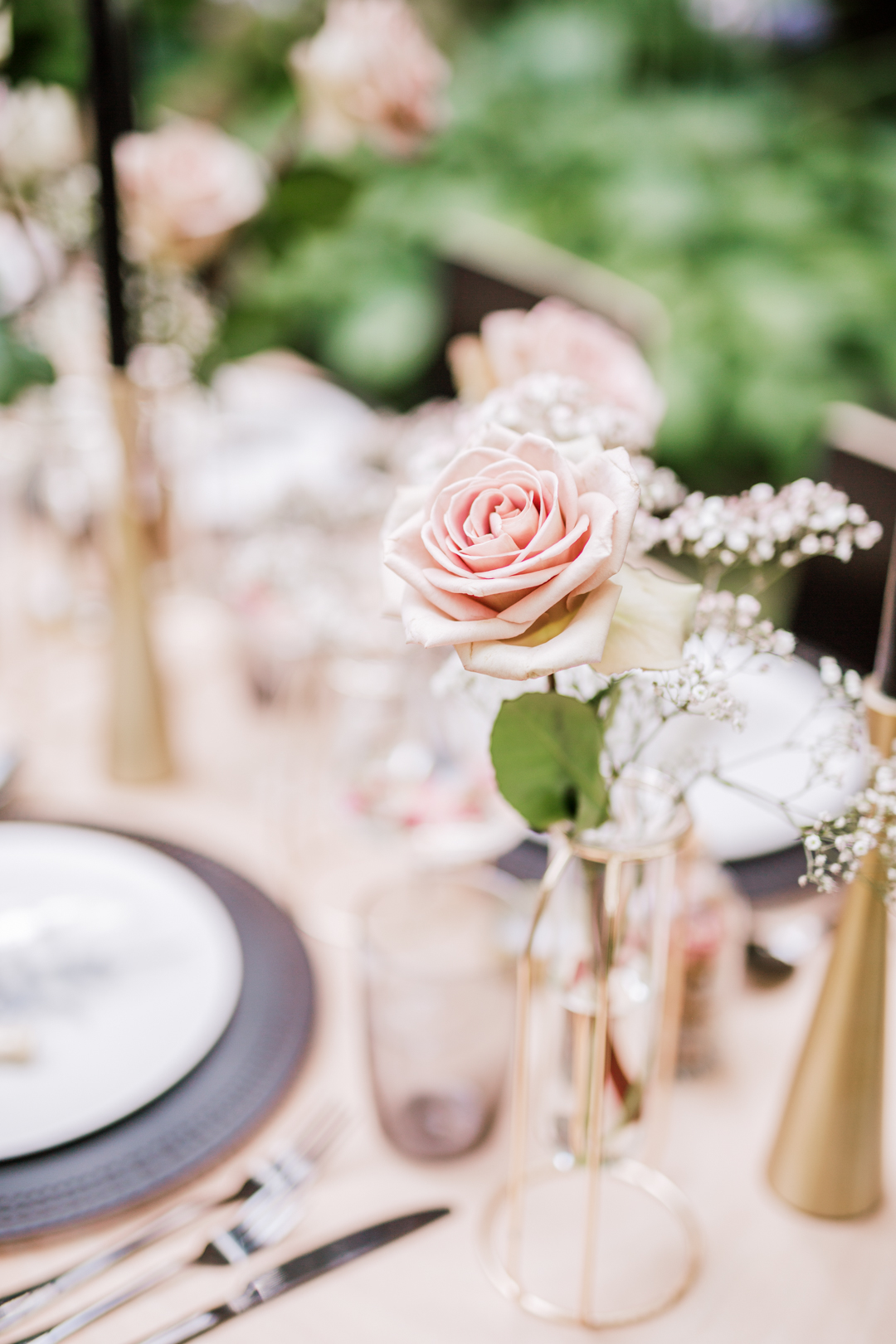 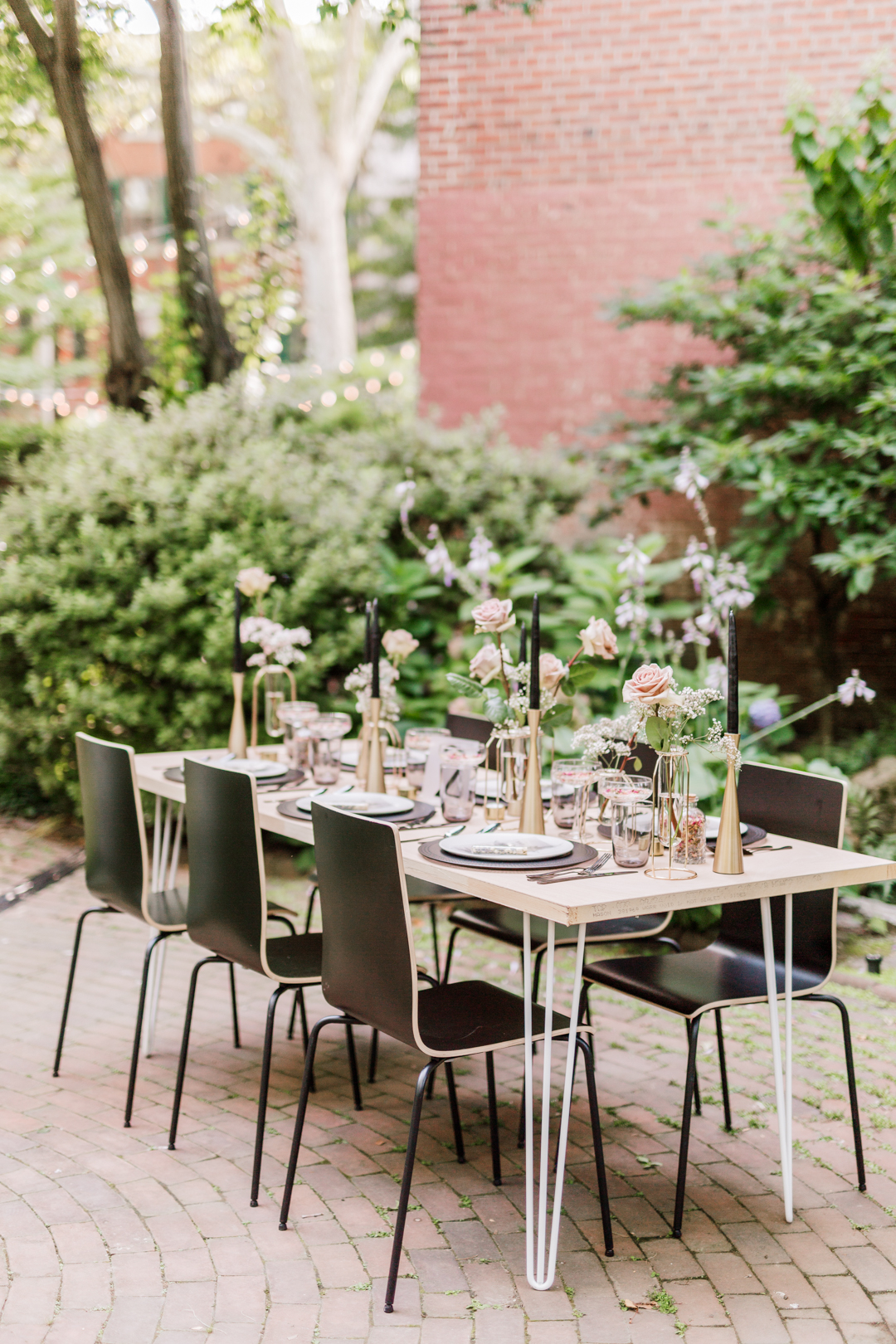 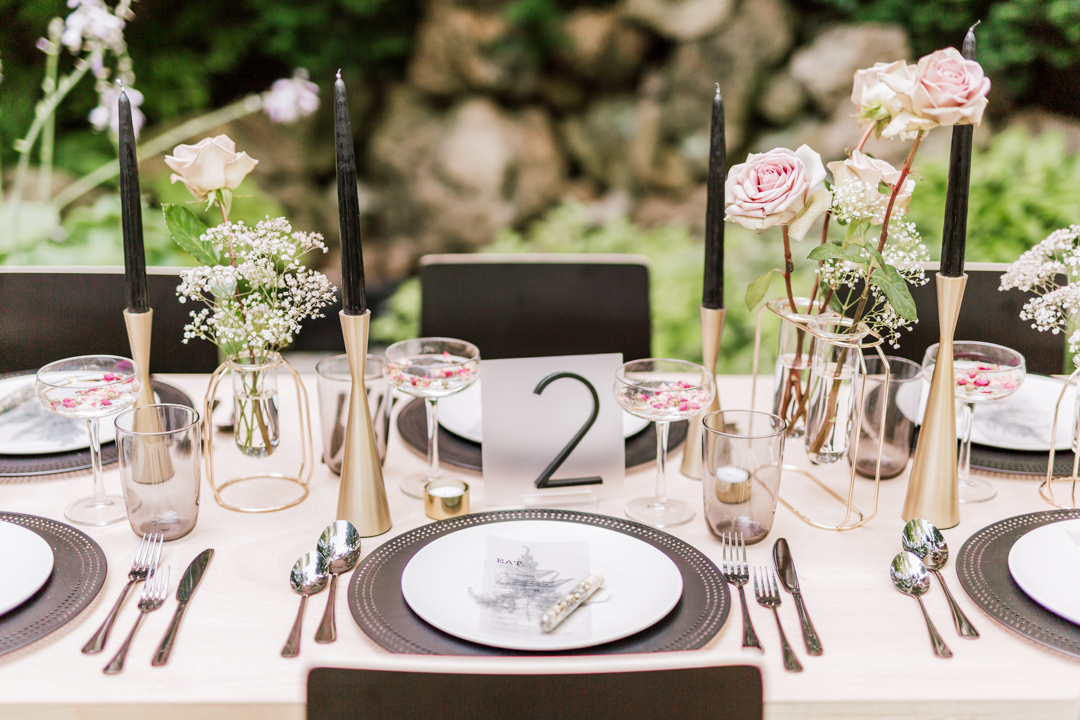 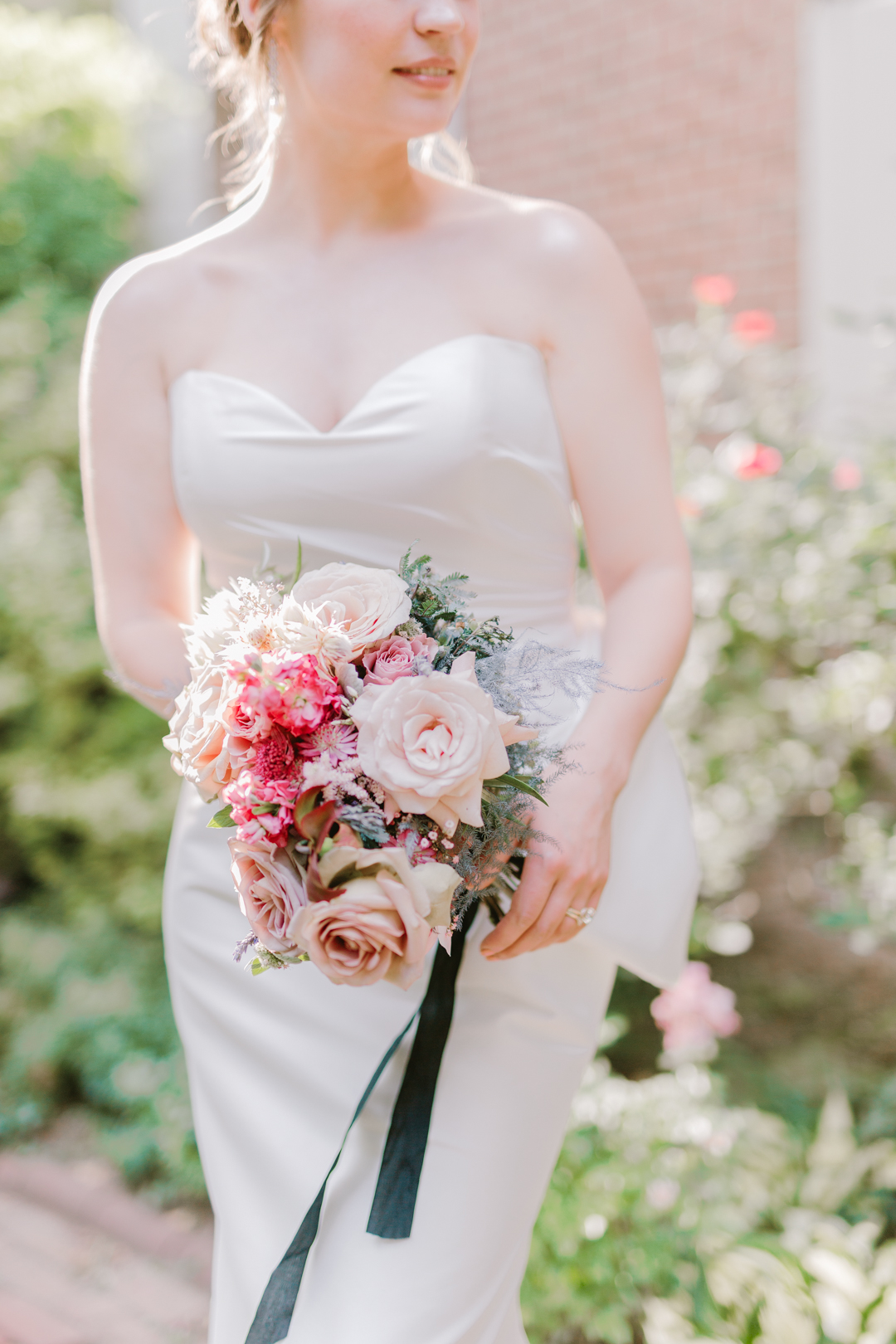 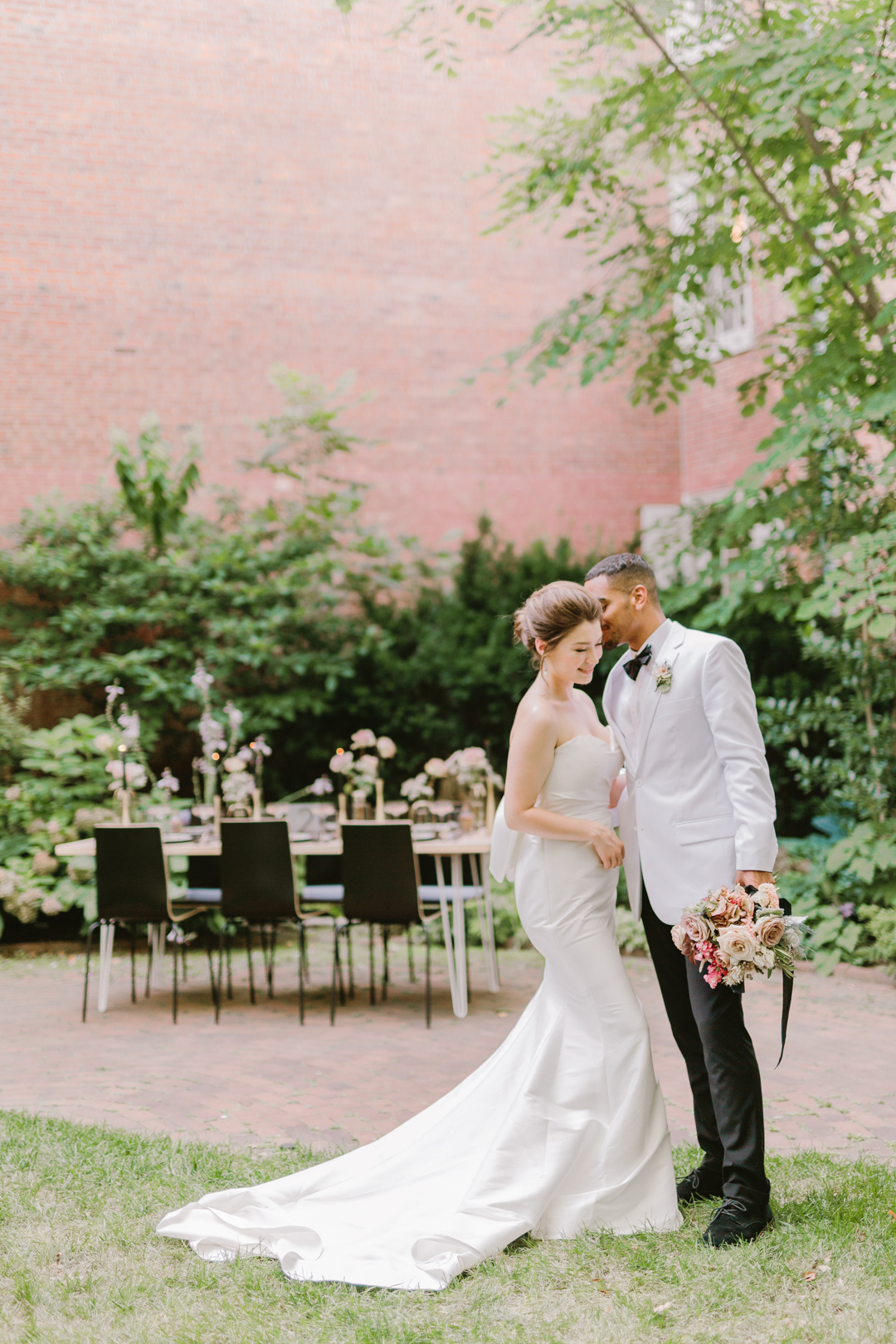 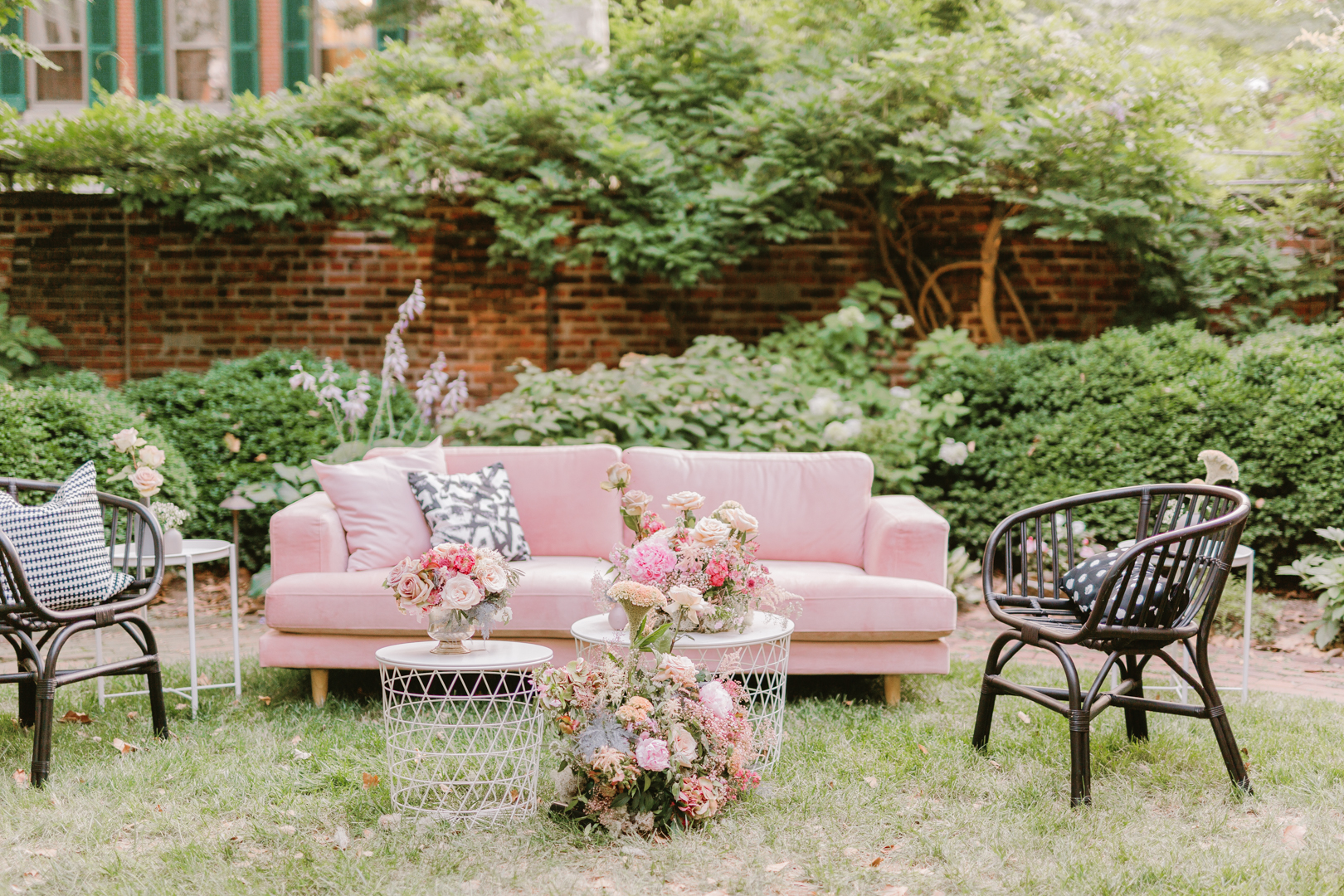 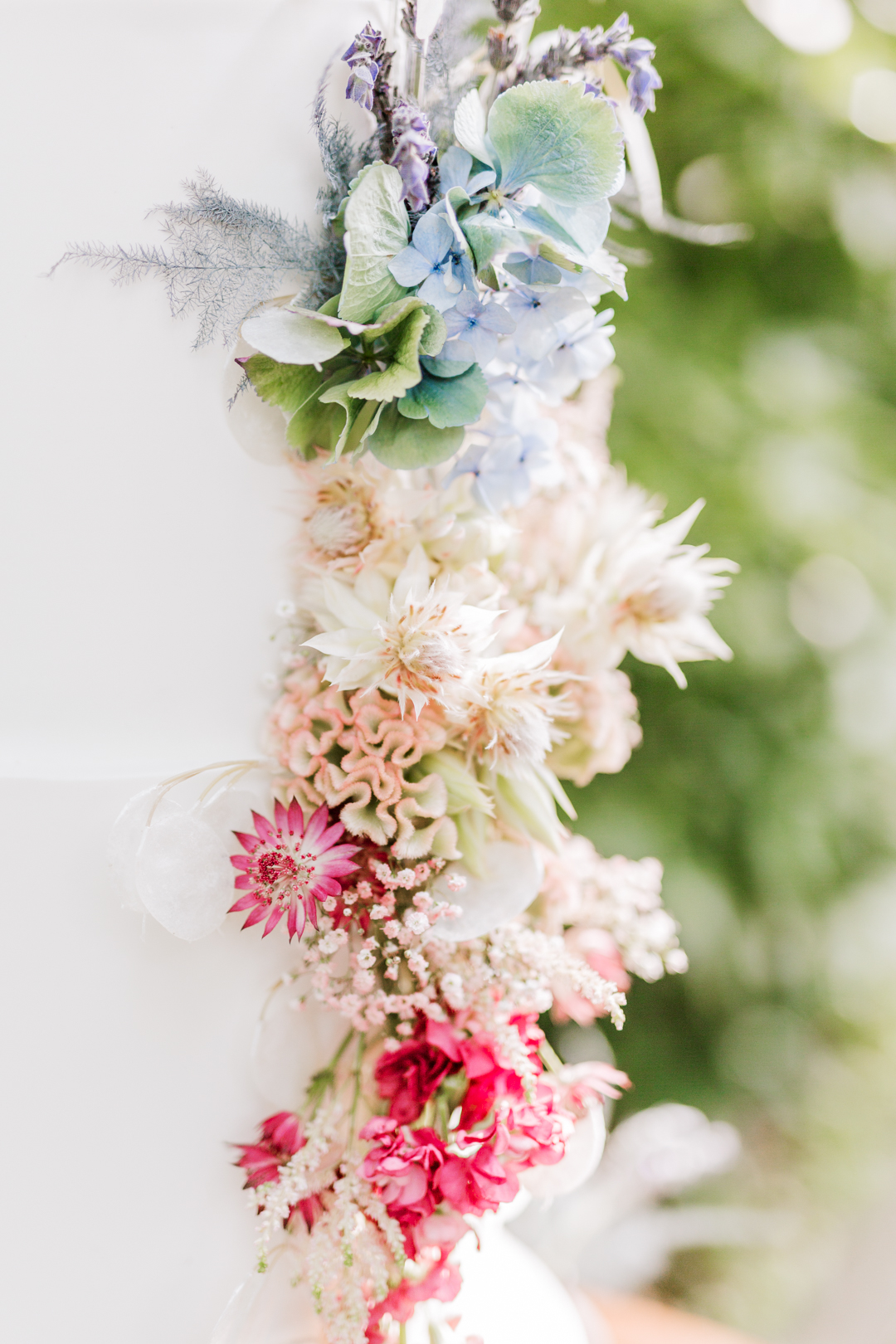 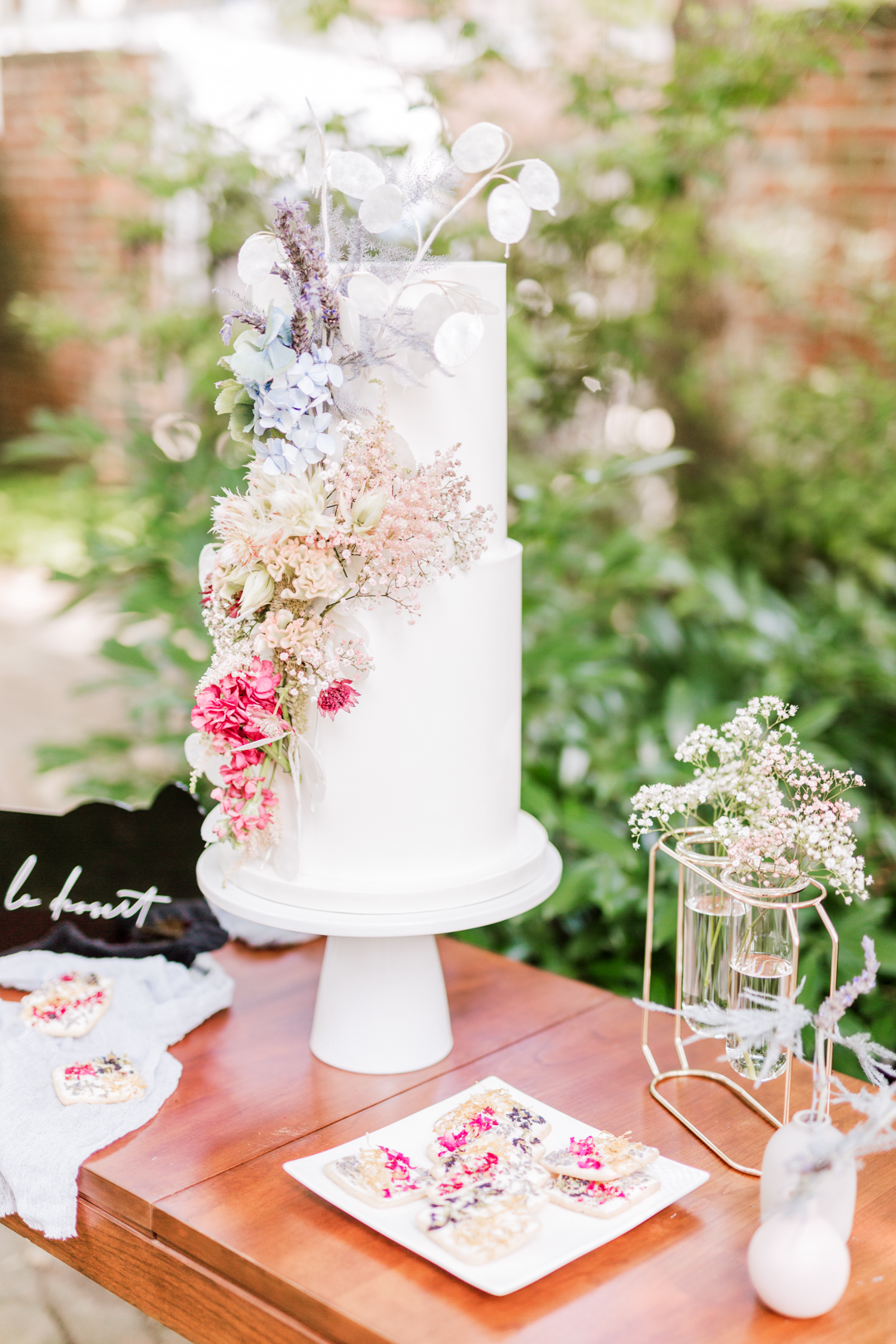 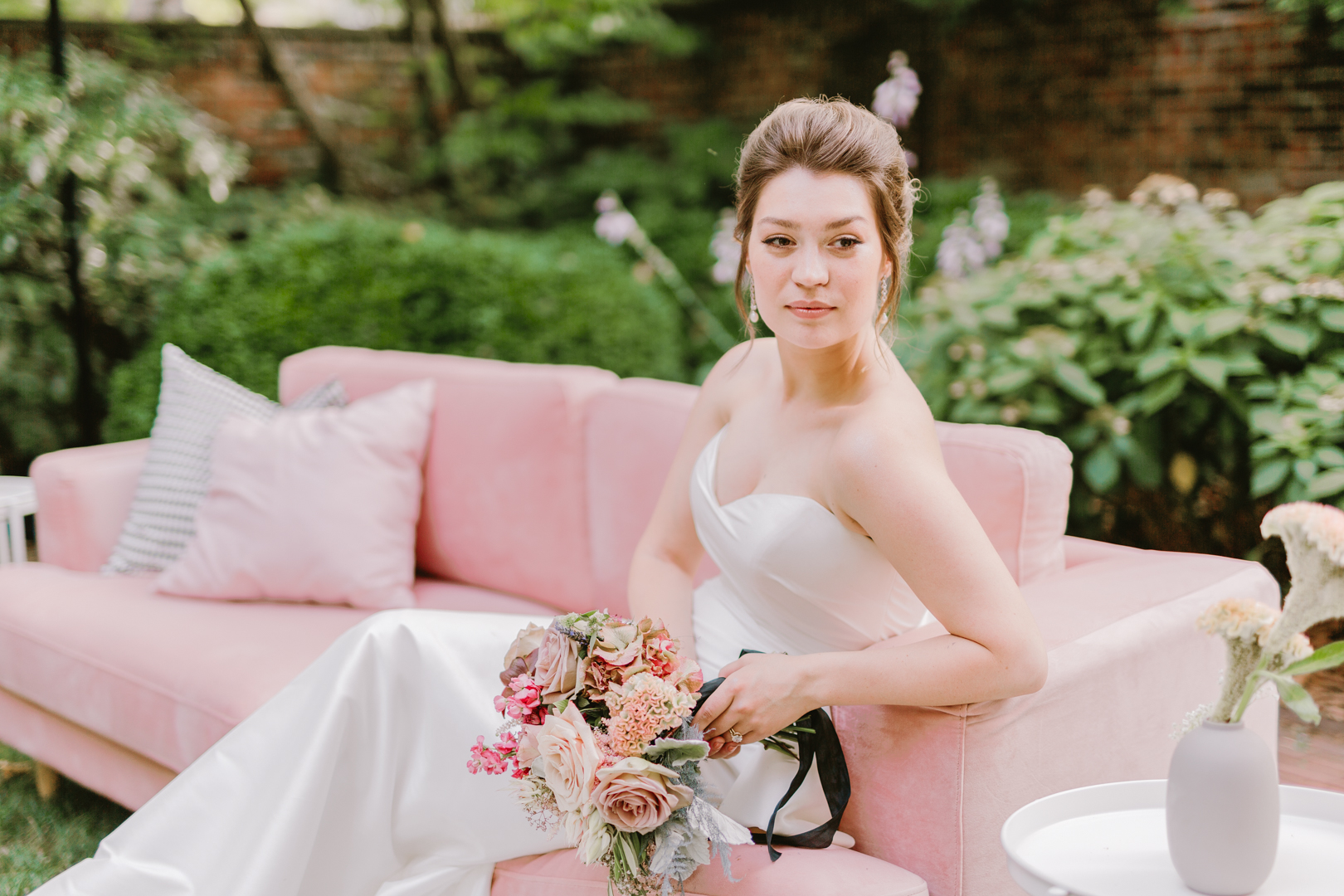 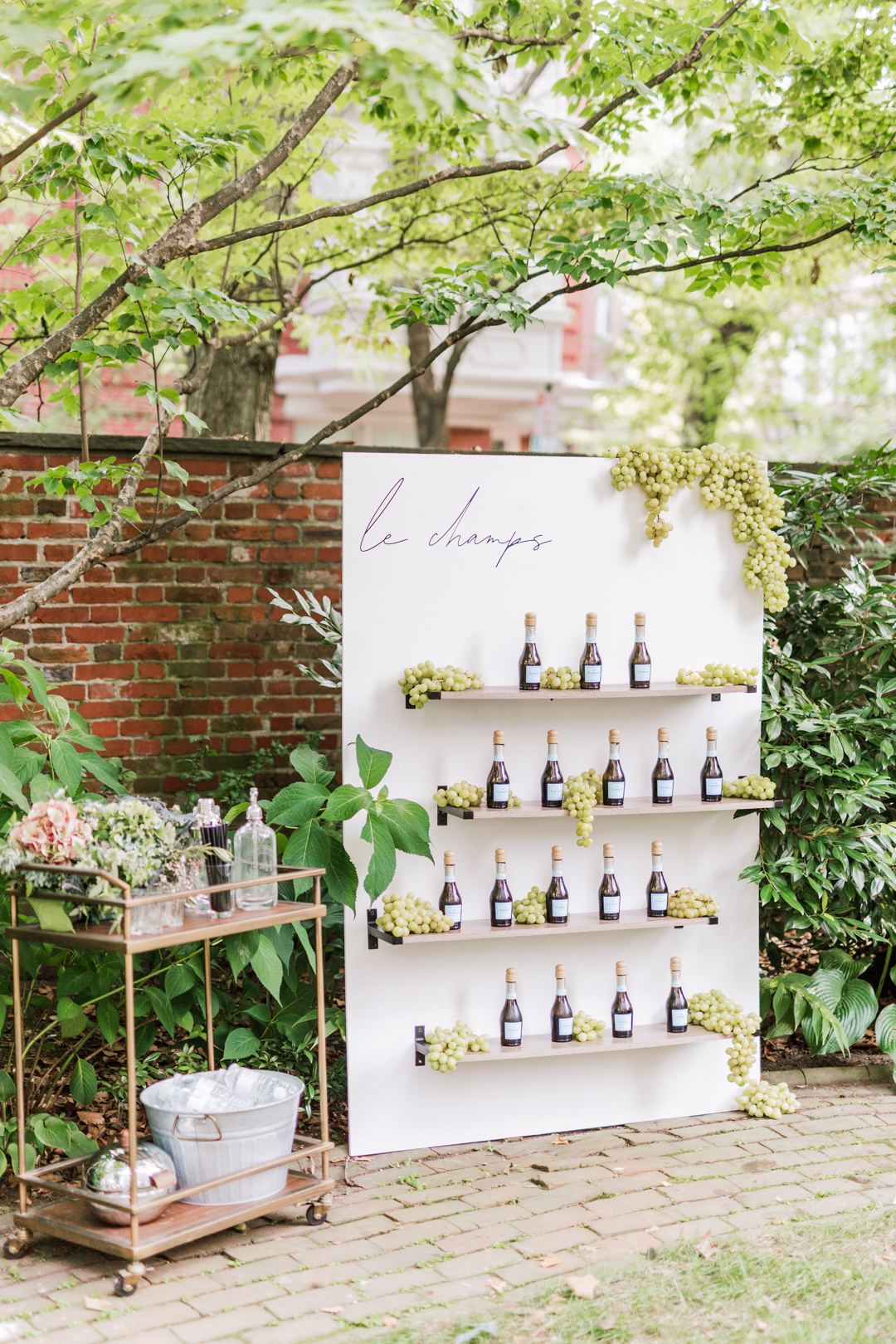 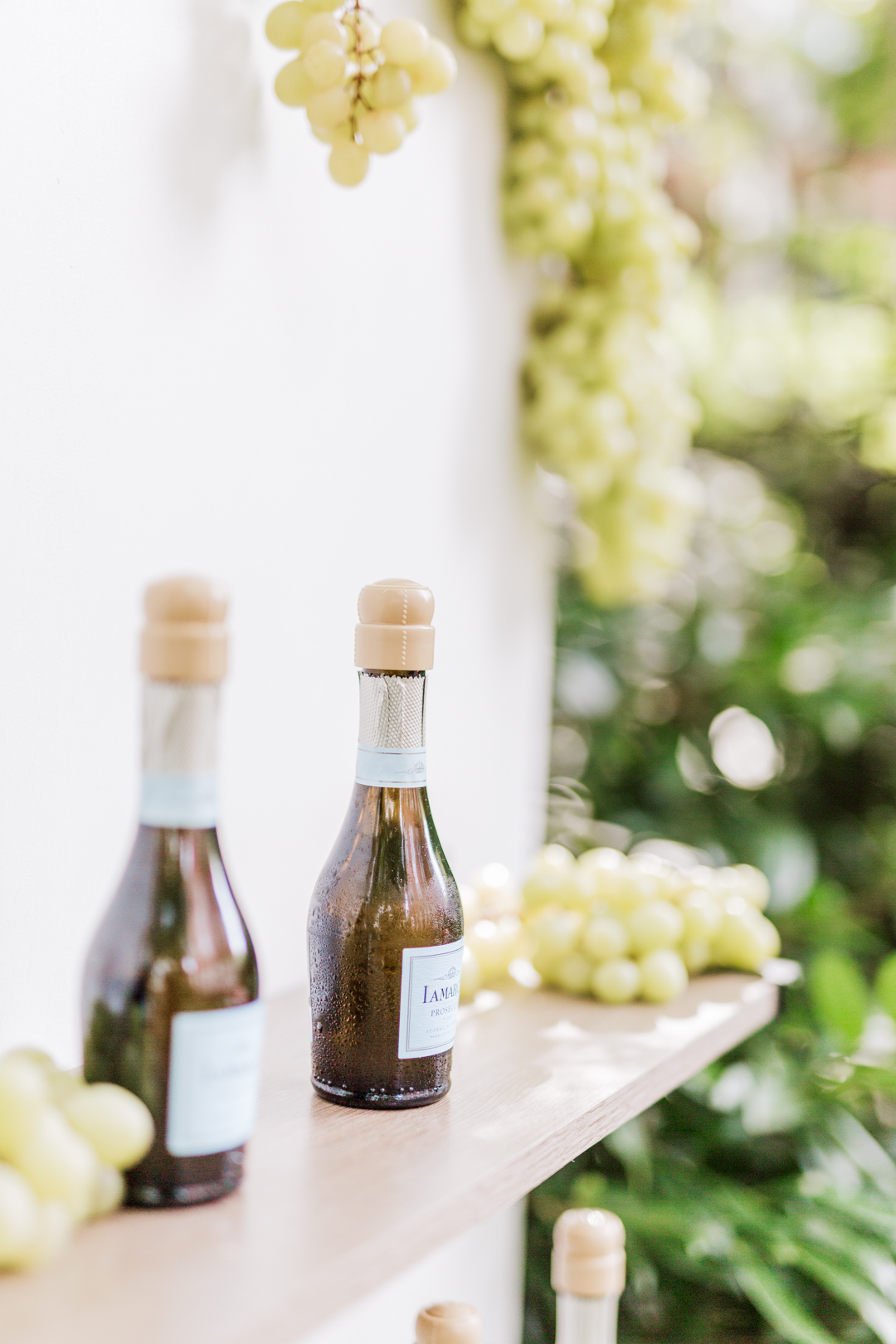 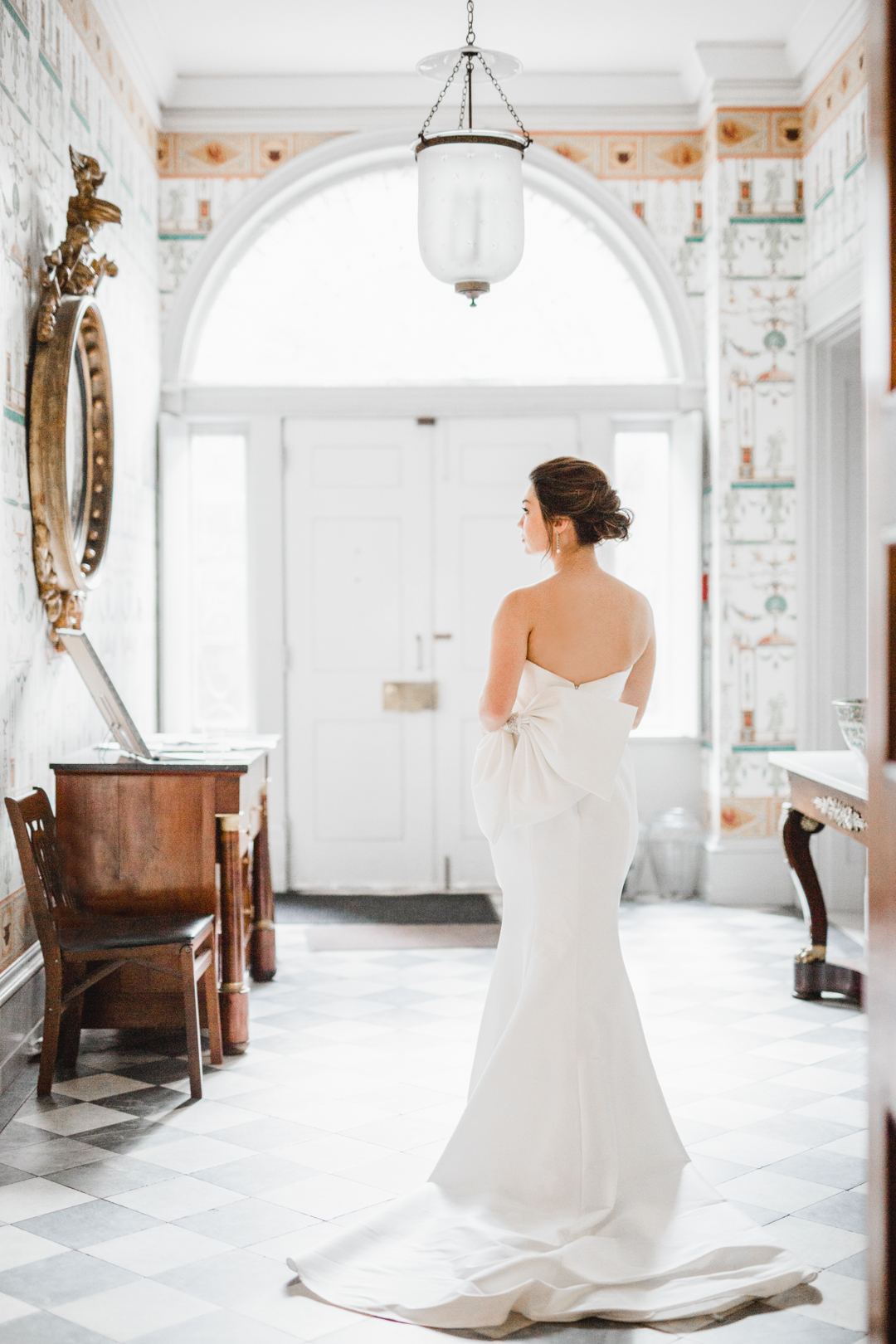 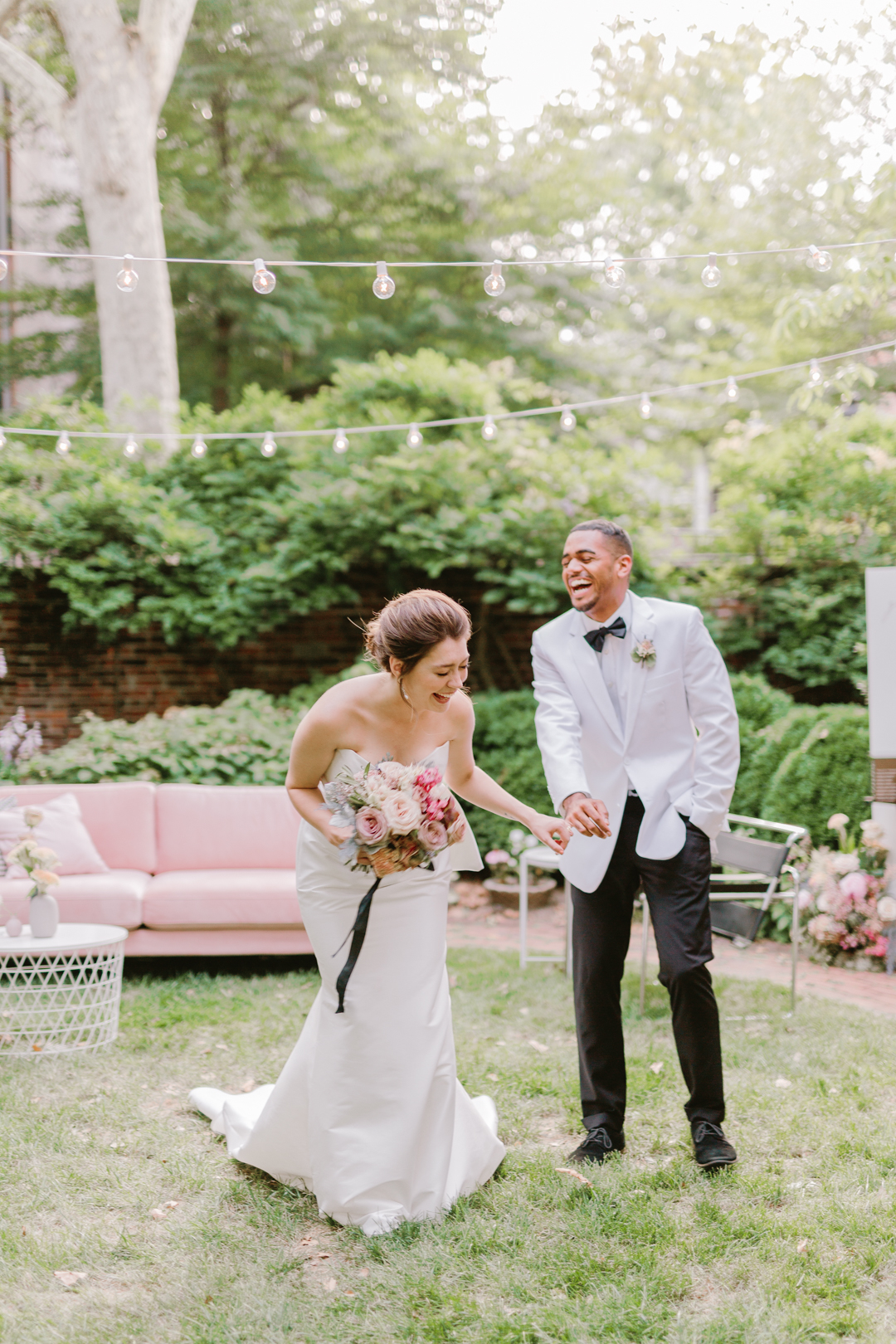 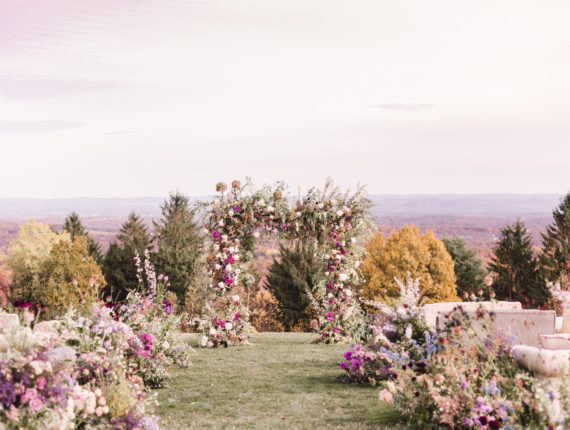 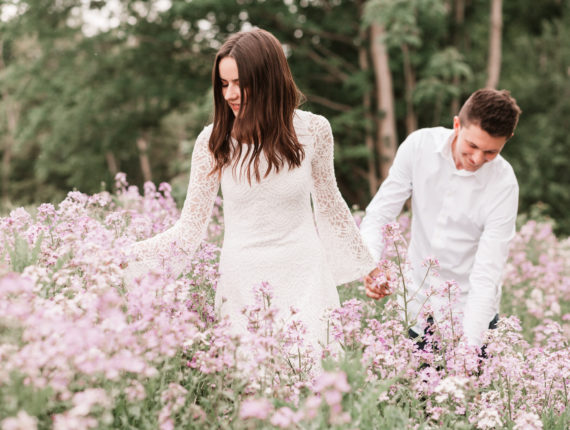